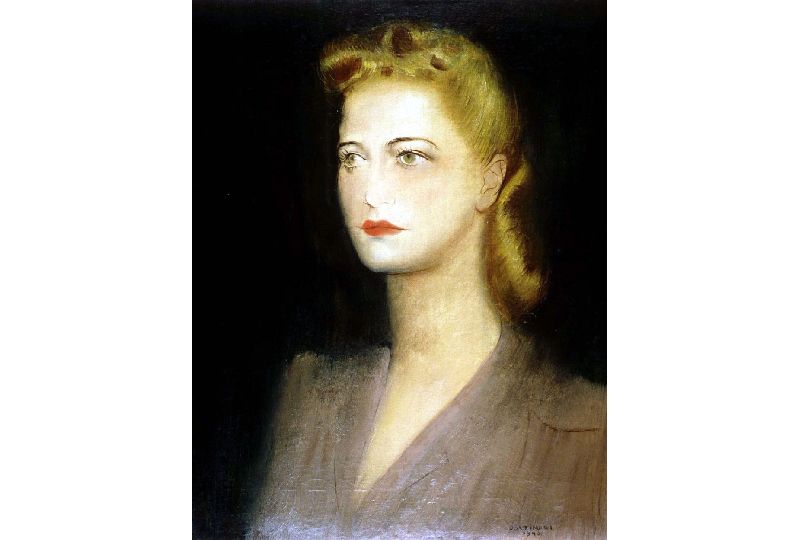 A portrait of Evita Duarte (Peron) ca. 1940 is shown as it hangs in the Museum of Arts and Sciences in Daytona Beach, Florida, January 8. (Reuters photo)

BUENOS AIRES - The life of Argentina's legendary First Lady Evita Peron left an indelible mark on her country, but in the years after she died in 1952 a bizarre tale unfolded in which her embalmed remains took center stage.

That eerie afterlife, in which her body was hidden for 16 years by a military dictatorship desperate to keep her star power at bay, is the focus of the new fictionalized Disney television series Santa Evita. It premieres on Star+ on Tuesday and is based on the bestselling novel of the same name by Argentine writer Tomas Eloy Martinez.

In 1952, a 33-year-old Evita succumbed to cancer after helping secure the right to vote for Argentina's women and advocating for worker rights. This endeared her to the nation's poor, in large part due to her skills as a moving orator, polished over an earlier career as a radio actor.

Three years after her death, the military overthrew her social reformer husband, then-President Juan Domingo Peron. He had ordered Evita's body embalmed to be placed in a mausoleum, which was never built.

But military officers still feared her corpse would be used to rally public support against them.

"Around the figure of Evita, this great myth, this great legend was built, and that's what they wanted to kill," Natalia Oreiro, the Uruguayan actor who plays her in the Spanish-language series, told Reuters.

"That's why they made her body disappear," she added, "because it was a symbol."

"On one hand, we worked with the novel, the dramaturgy, the unfolding of multiple narrative lines that the novel employs. But on the other hand, we incorporated the historical aspects plus the gothic fable of this story," said Maci.

The directors also sought to pick apart the myth and humanize the prolonged struggle over Evita's body, and ultimately her enduring legacy.

Many of the actors in the series even visited Buenos Aires' ornate Recoleta cemetery, where Evita's remains currently lie, to ask permission to tell the often gruesome tale of her life after death.

Santa Evita was filmed across 40 locations in the Argentine capital and features some 1,300 extras, all employed to realistically portray this lesser-known side of one of history's most surprising final acts.