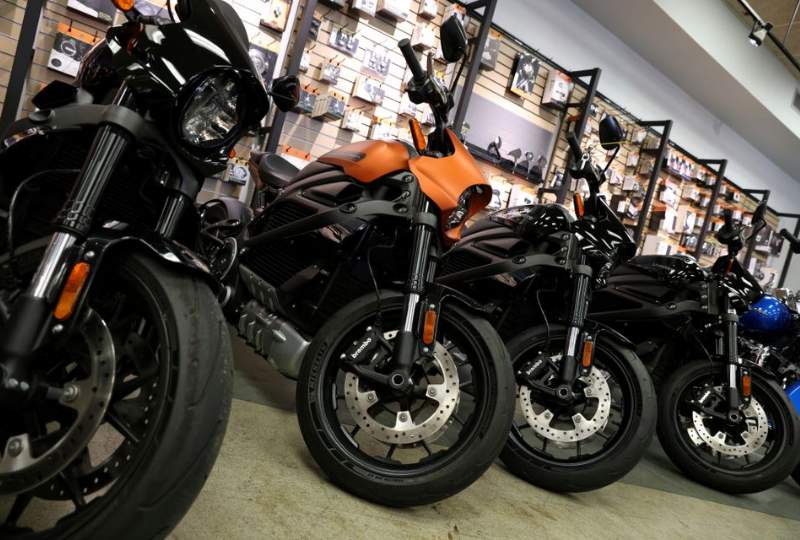 The company is expected to report a drop in profit on lower revenue from motorcycle sales when it delivers results on July 28.

The suspension of assembly and shipments of motorcycles, excluding electric bikes, was limited to two of its manufacturing plants in Wisconsin and Pennsylvania, due to a regulatory compliance issue at a third-party parts supplier. The production halt set back the schedule for the Milwaukee-based company to re-stock dealer inventories. Harley did not disclose specifics.

Analysts expect the iconic motorcycle maker to post a decrease in second-quarter profitof$164.35 million, down from $180.54 million a year ago, according to Refinitiv data.

The company forecast year-over-year revenue growth of 5 per cent to 10 per cent for its motorcycle segment for 2022, but recouping profit after the production stoppage will be a challenge, said Chris Hodson, senior analyst at Edgewater Research.

"They probably have the ability to make that up over the course of the next 12 months, but making that up during the fiscal year, especially considering the seasonality of their production schedule, could be a little more difficult," Hodson said.

Motorcycle shipments were relatively flat when the company reported first-quarter earnings. Analysts have already factored in cargo being negatively impacted after the manufacturing of bikes paused. Shipments of bikes have been on a downturn since the last recession, said Jaime Katz, senior equity analyst at Morningstar.

Harley did not comment when asked about analysts' forecasting a decline in second-quarter earnings.

Meanwhile, local dealers aren't optimistic about shortages easing as inventory has been tight across Harley's suite of motorcycles, including parts to repair bikes.

Accessories for customised bikes have even been difficult to secure, said Demo Diakoumakos, manager at the Harley-Davidson dealer at Chicago's Wrigleyville location. While he's expecting an additional 10 units to replenish the showroom, inventory of bikes hasn't improved in the past two years.