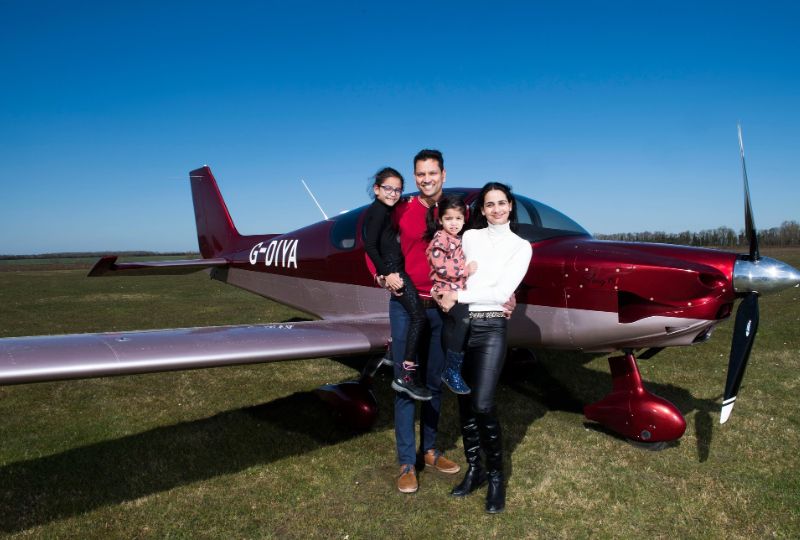 An Indian man living in the UK has successfully built a four-seater aircraft in his back garden so that he could travel around Europe with his family.

Keralite Ashok Aliseril Thamarakshan took 18-months and spent about £160,000 to complete the build of the aircraft model 'Sling TSI', which he named 'G-Diya' after his daughter Diya.

“Initially, I used to rent small two-seater aircrafts for trips after acquiring my pilot licence in 2018. But since my family comprises my wife and two daughters, I required a four-seater aircraft. But they are rare and even if I could get one, they were very old,” the London-based mechanical engineer told The Times of India.

Mr Thamarakshan spent hours researching and learning about home-built aircrafts during the Covid-19 lockdown and ordered a kit from Johannesburg-based company Sling Aircraft so that he could build his own plane.

With plenty of time at hand due to the lockdown and the money saved during this period, he had the unique opportunity to work on the ambitious project.

Mr Thamarakshan and his family have so far visited Germany, Austria and the Czech Republic in the four-seater plane.