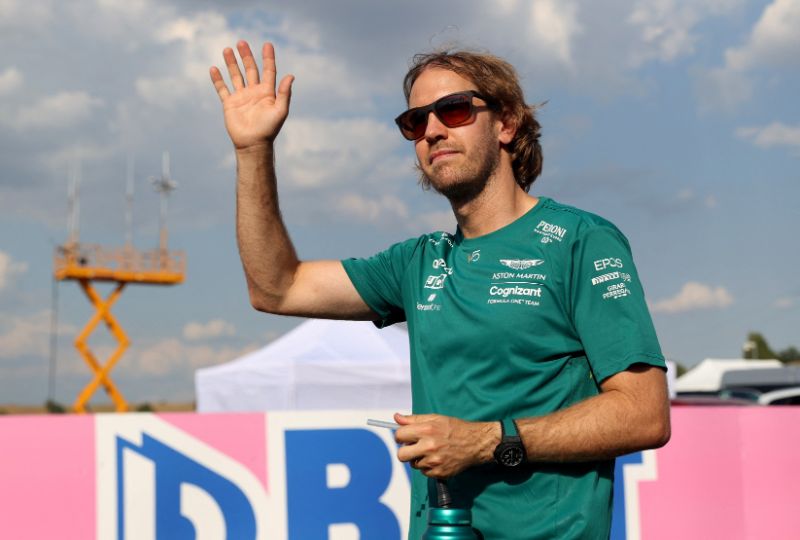 Four-time world champion Sebastian Vettel plans to retire from Formula One at the end of the 2022 season.

Vettel, who has 53 career wins, plans to remain in his Aston Martin for the remainder of the current schedule before ending his 15-year driving career.

The 35-year-old ranks third in career wins behind Michael Schumacher and Lewis Hamilton.

"The decision to retire has been a difficult one for me to take, and I have spent a lot of time thinking about it," Vettel said. "At the end of the year, I want to take some more time to reflect on what I will focus on next. It is very clear to me that, being a father, I want to spend more time with my family.

"But today is not about saying goodbye. Rather, it is about saying thank you -- to everyone -- not least to the fans, without whose passionate support Formula 1 could not exist."

Vettel is also a two-time runner up -- both times to Schumacher -- and hasn't claimed a world title since leaving Red Bull.

After winning four straight titles with Red Bull, Vettel spent six seasons with Ferrari, and had amassed 121 career podiums when he left the team in 2015.

Aston Martin executive chairman Lawrence Stroll said he tried to convince Vettel to remain with the team in 2023, but "in the end he has done what he feels is right for himself and his family, and of course, we respect that."

With Aston Martin, Vettel has reached the podium only once. He finished second at the 2021 Azerbaijan Grand Prix.

"I have had the privilege of working with many fantastic people in Formula 1 over the past 15 years, there are far too many to mention and thank," said Vettel.

"Over the past two years, I have been an Aston Martin driver, and although our results have not been as good as we had hoped, it is very clear to me that everything is being put together that a team needs to race at the very highest level for years to come."

Barring unexpected absences from the F1 schedule the rest of the season, Vettel would make his 300th career start -- and be the seventh driver to hit that mark -- at the Abu Dhabi Grand Prix in November.

The Bahrain Grand Prix proved to be a happy hunting ground for Vettel, who won the race four times in six years, with his last triumph coming in 2018.