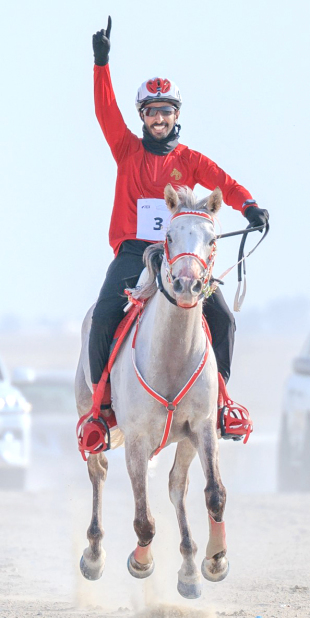 Shaikh Mohammed thanked Shaikh Nasser for his constant support, which he said was a key factor for the win. He pointed out that the event had witnessed stiff competition, adding that this success will be a great motivator ahead of the upcoming World Endurance Championship.