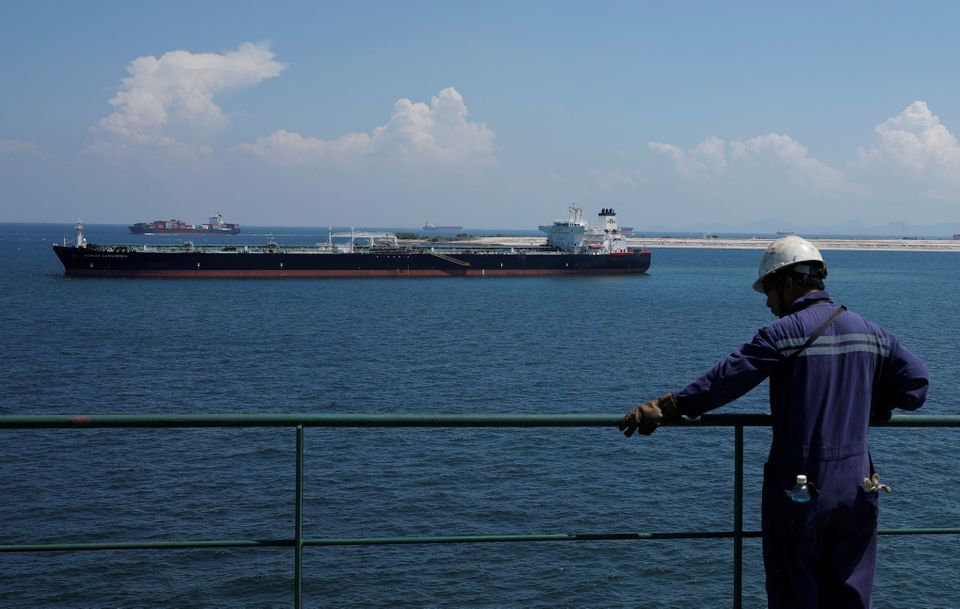 SINGAPORE: Oil prices dropped on Monday, as weak manufacturing data from China and Japan for July weighed on the outlook for demand, while investors braced for this week's meeting of officials from OPEC and other top producers on supply adjustments.

Fresh Covid-19 lockdowns snuffed out a brief recovery seen in June for factory activity in China, the world's largest crude oil importer. The Caixin/Markit manufacturing purchasing managers' index (PMI) eased to 50.4 in July from 51.7 in the previous month, well below analysts' expectations, data showed on Monday.

Japanese manufacturing activity expanded at its weakest rate in 10 months in July, data showed on Monday.

"The data shows a surprising contraction of economic activities, suggesting that the recovery of the world-second-largest economy from the covid lockdowns may not be as positive as previously expected, which darkened the demand outlook of the crude oil markets."

Brent and WTI ended July with their second straight monthly losses for the first time since 2020, as soaring inflation and higher interest rates raise fears of a recession that would erode fuel demand.

ANZ analysts said fuel sales to drivers in Britain were waning, while gasoline demand remained below its five-year average for this time of the year.

Reflecting this, analysts in a Reuters poll reduced for the first time since April their forecast for 2022 average Brent prices to $105.75 a barrel. Their estimate for WTI fell to $101.28.

The Organisation of the Petroleum Exporting Countries (OPEC)and allies including Russia, a group known as OPEC+, will meet on Wednesday to decide on September output.

Two of eight OPEC+ sources in a Reuters survey said a modest increase for September would be discussed at the Aug. 3 meeting, while the rest said output would likely be held steady.

"While President Biden's visit to Saudi Arabia produced no immediate oil deliverables, we believe that the Kingdom will reciprocate by continuing to gradually increase output," RBC Capital analyst Helima Croft said in a note.

The start of August sees OPEC+ having fully unwound record output cuts in place since the COVID-19 pandemic took hold in 2020.