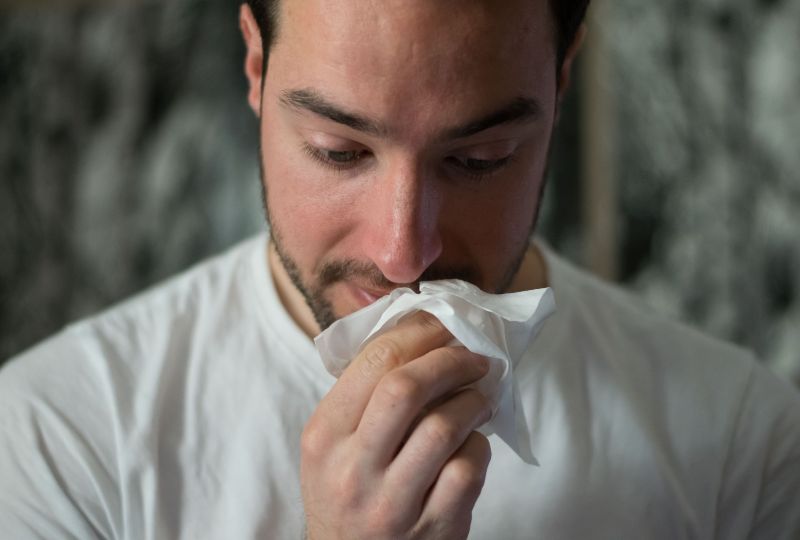 Reinfections were highest amongst the 30-39 age group accounting for 29.7pc, concluded a Bahrain study. (Representational Image)

A BAHRAIN study has shed new light on Covid-19 with researchers finding that people aged between 30 and 39, especially men, were more prone to reinfections.

The team probed 1,362 Covid-19 reinfections in Bahrain between April 2020 and July last year during the Alpha and Delta waves before arriving at the conclusion.

They also found that the majority of reinfections occurred nine months after the initial infection, and the affected were mostly asymptomatic during both episodes, with no deaths reported.

The study, titled Epidemiological Assessment of Sars-Cov-2 Reinfection, also concluded that vaccination was effective in reducing symptomatic reinfection, with less than seven per cent requiring hospitalisation.

National Taskforce to Combat Coronavirus (Covid-19) monitoring committee head Dr Manaf Al Qahtani, who is part of the study, said the goal of the research was to expand on previous studies that highlighted reduced infection severity among the vaccinated population.

“The frequency of reinfection among the unvaccinated, partially vaccinated, and fully vaccinated remains unknown,” Dr Al Qahtani said in a tweet yesterday. “The purpose of this study was to determine the rates and associated factors for such occurrences.”

Information was taken from the national database of people who tested positive for Covid-19 twice or more, at least three months apart.

“Findings revealed that reinfection episodes were most common among people aged 30-39, primarily men.

“The majority of episodes occurred nine months after the initial infection and most of them were asymptomatic during both episodes. 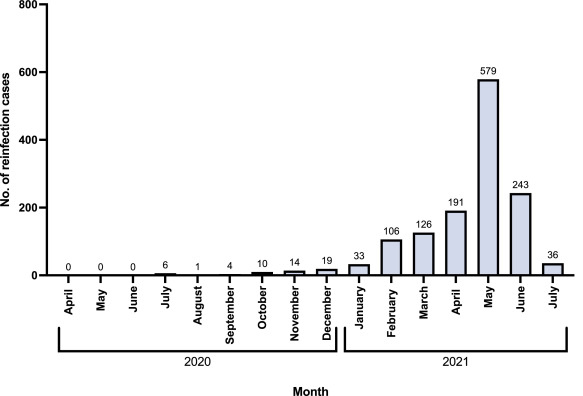 “Vaccinated people were less likely to have symptomatic reinfection and only 6.6pc of cases required hospitalisation, with no deaths.

“Vaccine-induced immunity, as well as prior infection with or without vaccination, were effective in reducing disease severity during reinfections.”

The study included symptomatic and asymptomatic patients of any age identified through screening and contact-tracing programmes as well as travel testing. Due to insufficient information, 28 of the 1,390 cases identified for the study were excluded.

During the study period, the number of reinfections steadily increased from zero cases per month in April-June 2020 to a peak of 579 in May 2021. The number of cases decreased to 36 by July 2021.

Within the study cohort of 1,362 reinfection cases, males constituted a significantly greater proportion (60.3pc) compared to females (39.7pc). The episodes were highest amongst the 30-39 age group accounting for 29.7pc and lowest among those aged between zero and nine (6.3pc).

As much as 35.7pc individuals were asymptomatic during both episodes with mild disease severity.

Among the other interesting findings are links between reinfections and variants, as well as the time span between infections.

Delta variant was found to be responsible for 46pc of reinfections, closely followed by Alpha at 41pc.

“Both these variants have evolved immune evasion, seen for both vaccine induced and natural immunity,” it said, adding that the variant breakdown results were restricted to a small sample size of 145 due to data limitations.

The study also discovered a steady increase in reinfection cases as the time interval between infections increased in both vaccinated and unvaccinated people. The reasons cited were the natural waning of immunity and the coincidence of reinfection peak in May 2021 with Ramadan communal gatherings.