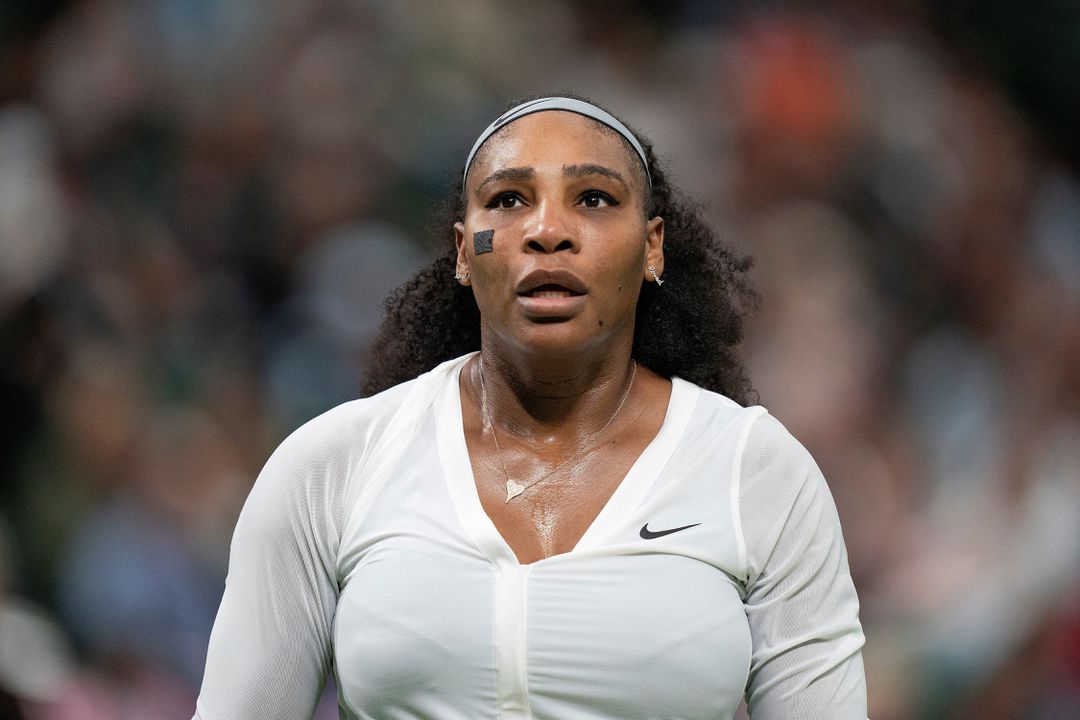 Serena Williams (USA) during her first round match against Harmony Tan (FRA) on day two at All England Lawn Tennis and Croquet Club. (Reuters Photo)

Serena Williams will have her work cut out for her when the Toronto Open kicks off next week as the 23-time Grand Slam champion begins her hardcourt preparations for the upcoming U.S. Open.

If Williams can get past a qualifier in her first round match she will then face either Tokyo Olympics gold medalist Belinda Bencic or savvy veteran and former world number one Victoria Azarenka in the second round.

A three-time winner of the event and a finalist as recently as 2019, she will be unseeded this time around.

The American, who turns 41 next month, returned to action after a year away from the court at Wimbledon in June, where she suffered her second straight first round exit at the grass court major she has won seven times.

The main draw of the National Bank Open in Toronto begins on Aug. 8 and Williams is then expected to compete at the Western and Southern Open in Cincinnati before heading to New York for the US Open, which begins on Aug. 29.