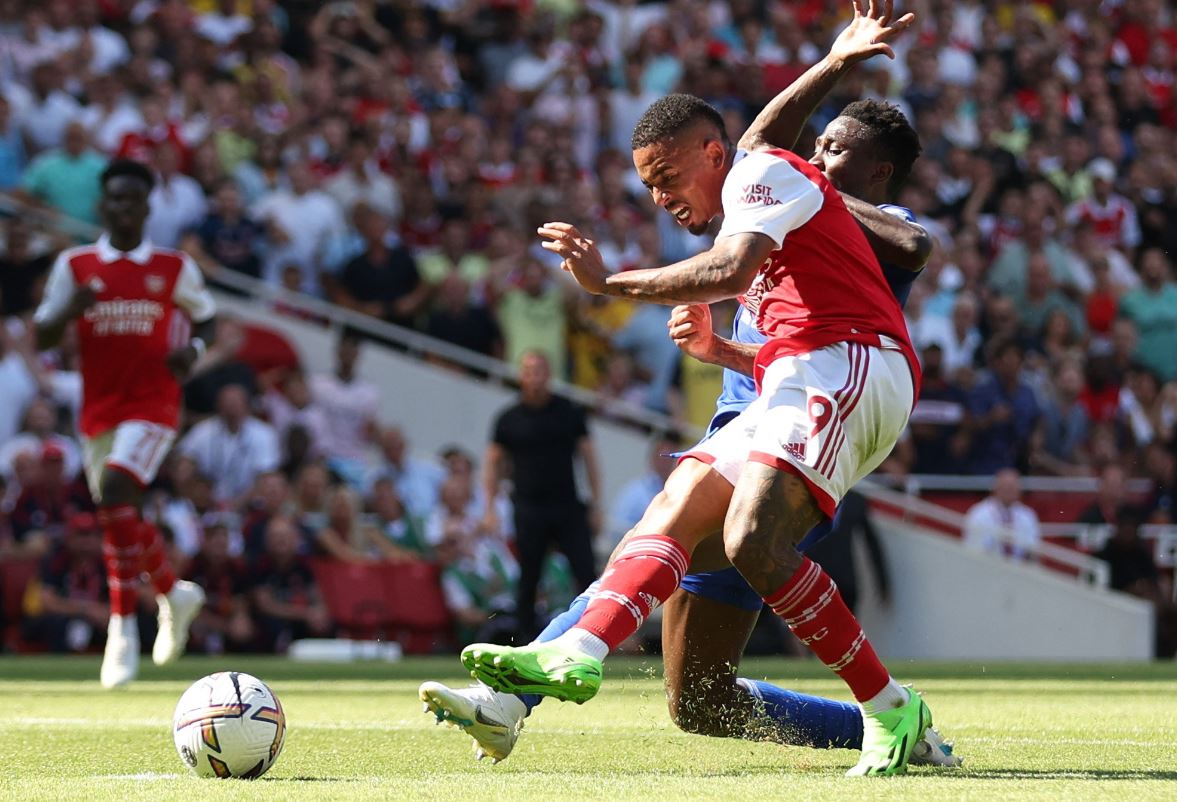 Arsenal's Gabriel Jesus shoots at goal - Reuters Photo
Gabriel Jesus opened his Arsenal account with two goals as the London side maintained their strong start to the Premier League season with a 4-2 victory over Leicester City on Saturday.
In sizzling sunshine in north London, Brazilian forward Jesus produced a dazzling display, scoring twice before the break and going close to a hat-trick on several occasions.
On his home debut following his move from Manchester City he chipped Arsenal in front in the 23rd minute and made it 2-0 with a poacher's close-range header in the 35th.
Leicester got a lifeline when William Saliba, also making his home debut, headed into his own net eight minutes after the break but almost immediately a mistake by Leicester keeper Danny Ward allowed Granit Xhaka to restore Arsenal's two-goal lead.
James Maddison again gave Leicester hope when his shot went through the legs of Arsenal keeper Aaron Ramsdale but the hosts responded quickly with Gabriel Martinelli finding the bottom corner from an assist by Jesus.
It was a vibrant performance by Mikel Arteta's Arsenal side who have six points from their opening two games.