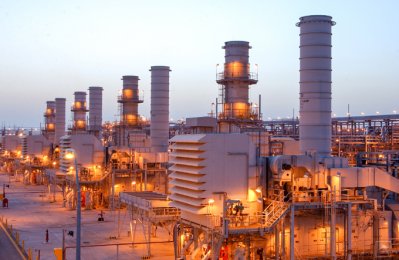 Saudi Arabian Oil Company (Aramco) today reported a 90% year-on-year (YoY) increase in net income in the second quarter of 2022, and declared a dividend of $18.8 billion to be paid in the third quarter.
Aramco achieved a record quarterly and half-year net income of $48.4 billion in the second quarter and $87.9 billion in the first half of 2022, compared to $25.5 billion and $47.2 billion, respectively, for the same periods in 2021. The increase in both periods was primarily driven by higher crude oil prices and volumes sold, as well as strong refining margins during the second quarter and higher downstream margins in the first half of 2022.
The results set a new quarterly earnings record for the company since its initial public offering in 2019, and were primarily driven by higher crude oil prices and volumes sold, and higher refining margins, it said.
Aramco President & CEO Amin H Nasser said: “Our record second-quarter results reflect increasing demand for our products — particularly as a low-cost producer with one of the lowest upstream carbon intensities in the industry.
“While global market volatility and economic uncertainty remain, events during the first half of this year support our view that ongoing investment in our industry is essential — both to help ensure markets remain well supplied and to facilitate an orderly energy transition.
“In fact, we expect oil demand to continue to grow for the rest of the decade, despite downward economic pressures on short-term global forecasts.
“But while there is a very real and present need to safeguard the security of energy supplies, climate goals remain critical, which is why Aramco is working to increase production from multiple energy sources — including oil and gas, as well as renewables, and blue hydrogen.
“We are progressing the largest capital program in our history, and our approach is to invest in the reliable energy and petrochemicals that the world needs, while developing lower-carbon solutions that can contribute to the broader energy transition.”
Financial Highlights
Free cash flow* increased by 53% to $34.6 billion in the second quarter and was $65.2 billion during the first half of 2022, compared to $22.6 billion and $40.9 billion, respectively, for the same periods in 2021. This increase was mainly driven by higher cash from operating activities.
Return on average capital employed* (ROACE) for the second quarter and half year ended June 30, 2022, was 31.3%, compared to 16.7% for the same periods in 2021, reflecting stronger crude oil prices and volumes sold, and improved downstream margins.
The company continues to strengthen its balance sheet to maintain a high investment grade credit rating across market cycles. The gearing ratio* was 7.9% on June 30, 2022, compared to 14.2% on December 31, 2021, primarily due to higher operating cash flows, mainly reflecting stronger earnings, as well as improved downstream margins.
Funding costs continue to be optimised and the company made a partial prepayment to the Public Investment Fund of the debt related to the company’s acquisition of a 70% stake in SABIC in 2020. This reduced the principal amounts of the promissory notes outstanding by $12 billion, in addition to the $8 billion reduction in Q1 2022.
Aramco declared a dividend of $18.8 billion for the second quarter, to be paid in Q3 2022. In addition, and as previously disclosed in its 2021 Annual Report, the company distributed bonus shares to shareholders in Q2 2022, at a rate of one share for every 10 shares held. Aramco aims to maintain a sustainable and progressive dividend in line with future prospects and underlying financial results, the company said.
Capital expenditure increased by 25% to $9.4 billion in the second quarter and by 8% to $16.9 billion for the first half of 2022, compared to the same periods in 2021. Aramco continues to invest to capture growth opportunities, progressing the strategic integration of its upstream and downstream segments, expanding its chemicals business, and developing prospects in low-carbon businesses, it said.
Operational Highlights
The company also demonstrated its reliable upstream performance, with average total hydrocarbon production of 13.6 million barrels of oil equivalent per day in the second quarter of 2022. The company continues to work on increasing its crude oil Maximum Sustainable Capacity from 12 million barrels of oil per day to 13 million barrels of oil per day by 2027.
Aramco continued its strong track record of reliable supply, achieving 99.8% reliability in the delivery of crude oil and other products in the second quarter of 2022, the oil giant said.
The company’s gas expansion programme is progressing towards increasing production with initial construction and design of the Jafurah Gas Plant ongoing. The facility has a planned processing capacity of 3.1 billion standard cubic feet per day (bscfd) of raw gas, expected to be completed in two phases by 2027.
The Jafurah field is expected to commence production in 2025 and will gradually increase natural gas deliveries to reach a sustainable rate of 2.0 bscfd by 2030, which will provide feedstock for hydrogen and ammonia production and will help meet expected growing local energy demand.
Meanwhile, construction of the Hawiyah Unayzah Gas Reservoir Storage has reached an advanced stage, with the injection phase nearing completion. This is expected to provide up to 2.0 bscfd of natural gas to be injected into the Master Gas System by 2024. It is the first underground natural gas storage project in the Kingdom, which helps to manage seasonal changes in demand and in turn improves asset utilization and cost efficiency.  -TradeArabia News Service