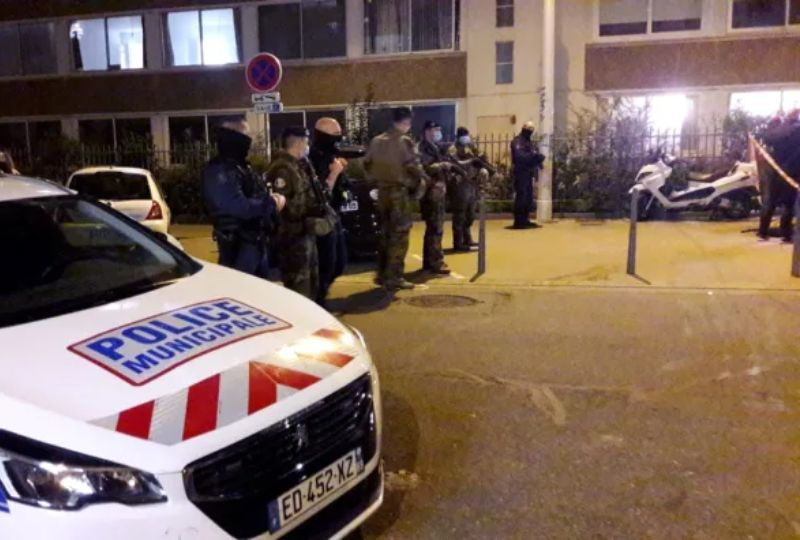 Police at the scene of arrest. (Reuters photo)

A man was arrested in the Lyon suburb of Saint-Priest after police found him wandering around with his father's decapitated head in one hand and a knife in the other.

The incident unravelled when police followed the blood trail from a headless body found in a parking lot over the weekend.

The trail led the police to the son, who was standing with the head in hand.

Earlier reports stated that locals had heard the father and son arguing with each other, and had seen the son chasing the father wielding a large knife.

The man arrested by the police has been identified as a local Moroccan national with a record of petty crimes and drug charges.

“I am terribly shocked by this abominable intra-family drama that took place in our city. What society do we live in? How can we come to such acts?” Saint-Priest Mayor Gilles Gascon said. “I would like to thank our municipal and national police for their rapid intervention and the preponderance of our video surveillance centre,” he added.

This is not the first time that such a crime was committed in Lyon. Previously, two other beheadings happened in 2013 and 2015.