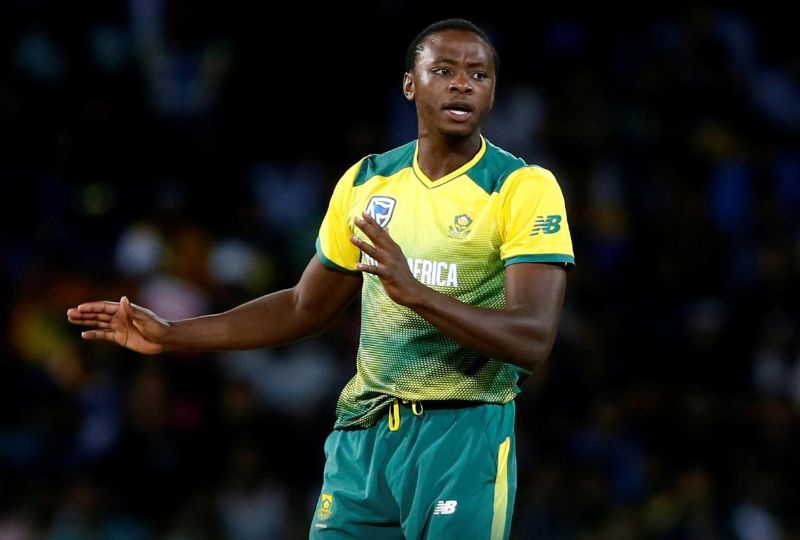 South Africa fast bowler Kagiso Rabada took five wickets as England were bowled out for 165 in their first innings on the second morning of the first test at Lord’s on Wednesday, with the tourists going to lunch on 27 without loss in their reply.

Openers Dean Elgar (12 not out) and Sarel Erwee (13 not out) made a steady start for South Africa, who will look to build a big lead on a wicket that is providing plenty of movement for the seam bowlers.

The visitors exploited the conditions superbly and did not allow England to run away with the bat on the second morning, after the home side resumed on 116 for six following a rain-hit first day.

Rabada bowled with aggression and pace, and removed innings top-scorer Ollie Pope (73) early as the latter dragged the ball onto his leg stump having added 12 to his overnight score.

Stuart Broad (15) was caught by Elgar at point and Jack Leach (15) bowled by left-arm seamer Marco Jansen (2-30), before Rabada picked up his fifth when he trapped James Anderson (0) leg before wicket.

It does not bode well for England, who have won only two of their last 25 tests where they have scored below 200 when batting first.

Rabada finished with figures of 5-52 and seamer Anrich Nortje took 3-63 as South Africa's bowlers made excellent use of the conditions, something England's bowlers will now aim to match under sunny skies.