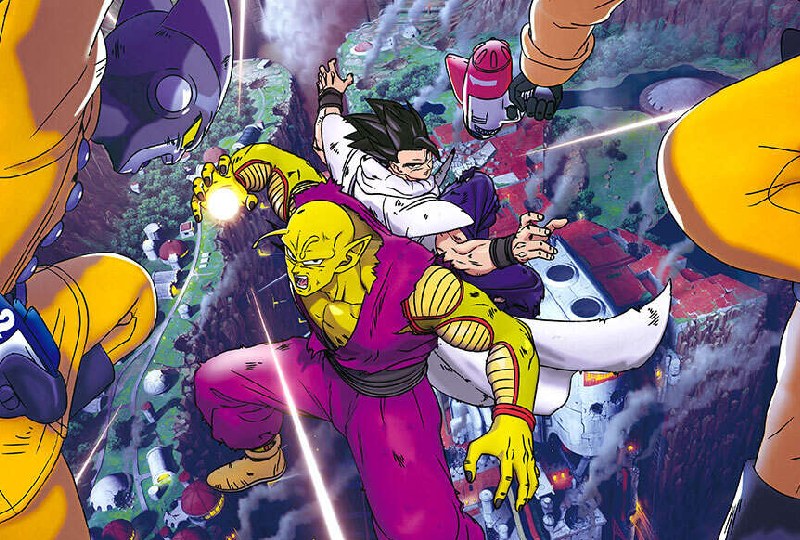 The anime film, playing on 3,007 screens, is backed by the production company Crunchyroll, which specialises in Japanese anime film and television. "Super Hero" is a necessary bright spot in an otherwise dreary August at the movies. The newest "Dragon Ball Super" installment earned twice as much as the weekend's other new nationwide release, Universal's survival thriller "Beast," starring Idris Elba. Dinged by mixed reviews, "Beast" opened to a lackluster $11.5 million from 3,743 North American cinemas.

"Dragon Ball Super: Super Hero" is the latest example of the passionate audience for anime films in the United States, and Crunchyroll, which is mostly owned by Sony Pictures, has been owning the market in North America. Earlier this year, the company's PG-13 "Jujutsu Kaisen 0" notched a remarkable $17.6 million in its debut, while its 2021 release "Demon Slayer the Movie: Mugen Train" generated $21.2 million to start, which is even more impressive since cinemas were still operating at reduced capacity. However, these movies tend to play like horror films in terms of ticket sales, withstanding big declines in subsequent weeks.

"Dragon Ball Super: Super Hero" benefitted from its outsized presence on premium formats, including Imax, 4DX and Dolby Cinemas. The movie played on 327 Imax screens, which accounted for $3.4 million in domestic ticket sales. At Imax, those returns rank as the widest and highest-grossing opening weekend for an anime film.

"This is another outstanding Crunchyroll anime opening. This has become an impressive niche theatrical business," says David A. Gross, who runs the movie consulting firm Franchise Entertainment Research. But, he adds, "Crunchyroll movies play fast in the U.S.; their domestic multiples are low."

Like critics, audiences were similarly mixed on "Beast," giving the film a so-so "B" CinemaScore. Directed by Icelandic director Baltasar Kormákur ("Adrift"), "Beast" follows a recently widowed father and his two teenage daughters (Iyana Halley and Leah Jeffries), who find themselves hunted by a massive rogue lion. The movie, which cost $36 million to produce, has raked in $10.2 million to date at the international box office.

Elsewhere on domestic box office charts, Sony's action-thriller "Bullet Train" slid to third place after two consecutive weekends at No. 1. The movie brought in $8 million from 3,781 locations in its third weekend of release, taking its domestic tally to $68.9 million. That's a decent result for a star-driven, original action film in today's fractured moviegoing landscape. But it cost $90 million to make -- and many millions more to promote to the masses -- meaning it needs to keep chugging along in theaters to justify its hefty budget. Overseas, "Bullet Train" has amassed $60 million for a global tally of $123 million.

In fourth place, Paramount's "Top Gun: Maverick" pulled in $5.85 million from 2,969 locations in its 13th weekend of release. Tom Cruise's blockbuster action sequel, which hits home entertainment in the coming days, has grossed an eye-popping $683 million to date, enough to overtake Marvel's 2018 superhero epic "Avengers: Infinity War" ($678 million) as the sixth-highest grossing domestic release in history. Since it opened in theaters over Memorial Day weekend, "Maverick" has only spent one weekend out of the top five on North American box office charts.

The Warner Bros. animated adventure "DC League of Super-Pets" took the No. 5 slot with $4.9 million from 3,537 venues. After four weeks in theaters, the family friendly film has generated $66.6 million in North America.