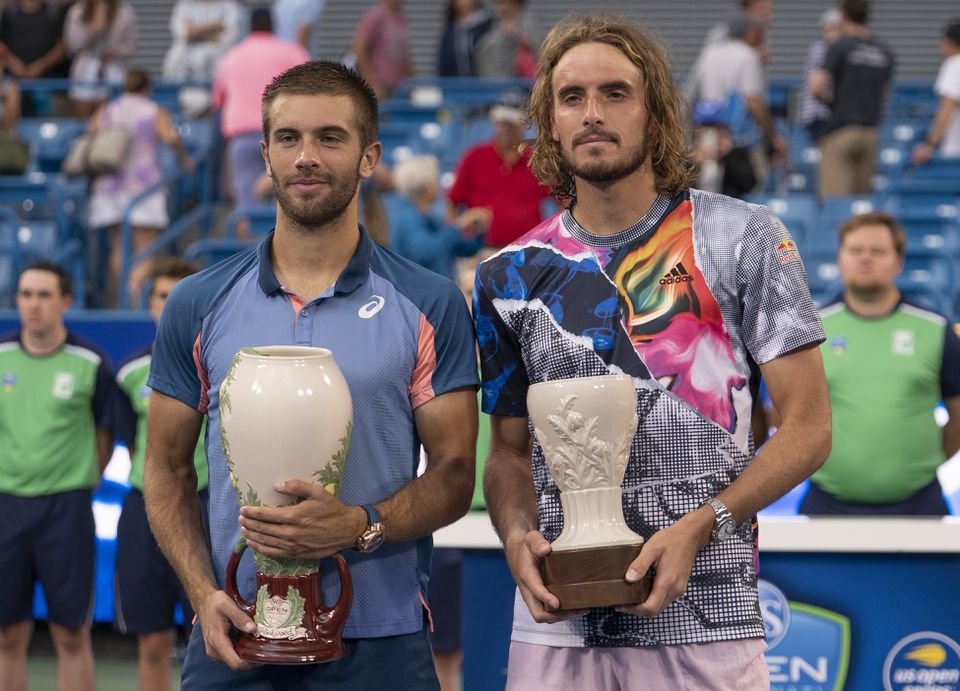 Resurgent Borna Coric powered past fourth seed Stefanos Tsitsipas 7-6 (0) 6-2 to win the Cincinnati Open on Sunday, signalling his return to full fitness from shoulder surgery and showing that he will be a threat at the U.S. Open.

On the comeback trail after undergoing right shoulder surgery last year, Coric returned to the ATP Tour in March and after eight months on the sidelines was back in the winner's circle claiming the biggest title of his career.

Ranked 152 and in the tournament via a protected ranking, Coric capped a remarkable week, that included a second round victory over Rafa Nadal, with a brilliant final that no doubt marks the 25-year-old Croatian as a dark horse contender when play gets underway at Flushing Meadows on Aug. 29.

The title was the third of Coric's career but his first since 2018 and will see him jump up the rankings to world number 29 on Monday and seeded at the U.S. Open.

"I didn't believe I was going to win the tournament," Coric told a news conference after his victory. "I never look too much forward.

"When I was in the semi-finals, obviously I know who I'm going to play in the final, because it's not many matches. But in the first couple of rounds, I'm not really focused on the next round.

"I'm always focused on the round which I'm playing right now. I was just believing that I can win the next match. That's what I did for five days in a row."

Coming off a semi-final win over world number one Daniil Medvedev, Tsitsipas carried some of that momentum into the final, breaking Coric at the first opportunity on way to a 4-1 lead.

That break would be the one and only for Tsitsipas as Coric would dig in taking the fight to the Greek.

Coric would get back on level terms breaking back at 4-3 as the opening set continued to a tie-break.

Tsitsipas would double fault on the first point of the tie-break and never recover, Coric accepting the gift and winning 7-0.

Coric kept the world number seven under pressure in the second, Tsitsipas finally cracking with a double-fault to hand Coric another break and a 4-3 lead.

With dark storm clouds gathering Coric moved to end the match, holding and then breaking Tsitsipas again to close out the match.

"I think he was serving well," Tsitsipas told reporters. "He was making me move a lot.

"I could have used my chances in the first set. I don't know why I didn't. I rushed a little bit.

"He had a few good returns, and it cost me because that first set could have been very life-changing."