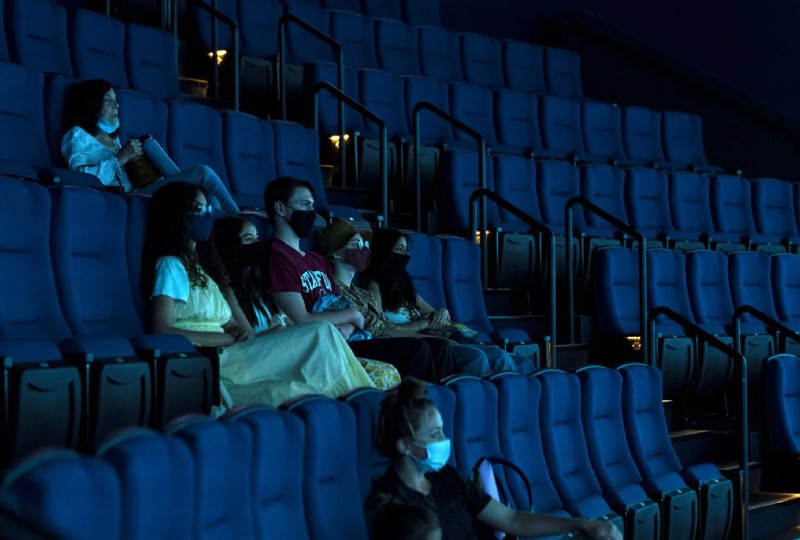 FILE IMAGE: People watch a movie in the newly opened theatre at the Aquarium of the Pacific in Long Beach, California, U.S. June 15, 2021. Reuters Photo

Movie tickets will cost just $3 for a day across most theatres in the United States as part of 'National Cinema Day', The Cinema Foundation said, as it ramps up efforts to encourage people to return to theatres.

The Cinema Foundation, a non-profit arm of The National Association of Theatre Owners, said more than 3,000 theatres with over 30,000 screens will offer tickets for $3, excluding tax, across all formats and show times on September 3.

The initiative is expected to revive the interest of moviegoers in large screens after a pandemic lull that has hit theatre chains such as AMC Entertainment Holdings Inc (AMC.N) and Cinemark Holdings Inc.

The cinema chain operators suffered heavy losses during the peak of the coronavirus pandemic as restrictions forced them to remain shut and are still grappling as audiences have become addicted to streaming movies at home.

"After this summer's record-breaking return to cinemas, we wanted to do something to celebrate moviegoing," said Cinema Foundation president Jackie Brenneman.