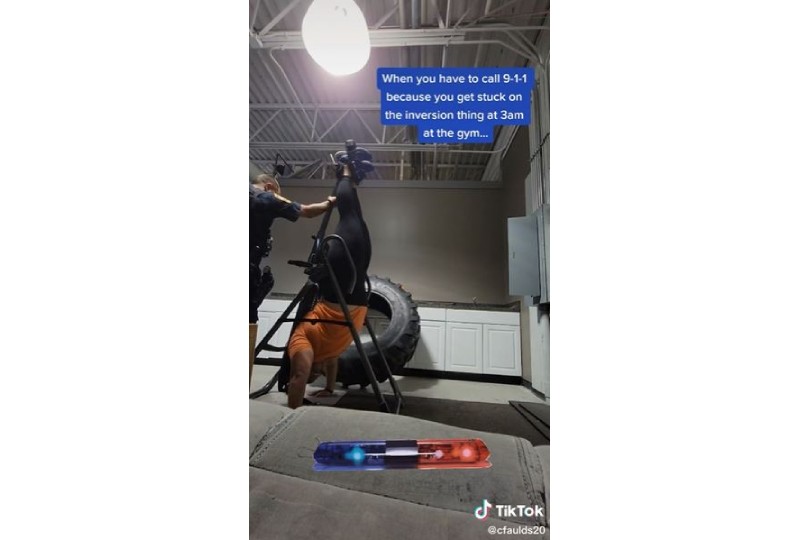 A screen grab of the video. (Video credit: @cfaulds20 on TikTok)

An Ohio woman, Christine Faulds, found herself in quite a tricky predicament on September 1 at her local 24-hour gym.

Faulds who had just started her workout routine, was on the inversion machine when she found herself become stuck dangling upside-down in the device. The machine, which is used for spine decompression, hangs the user upside-down.

Faulds could be seen struggling to lift herself up, and since there was no one else at the gym, she was truly stuck. She had to call the police on her smartwatch to come and rescue her.

Faulds posted a video of the entire incident on her TikTok page and has already been viewed more than 7 million times.

After being rescued, Faulds was heard saying that this was probably the easiest rescue the police have ever done.