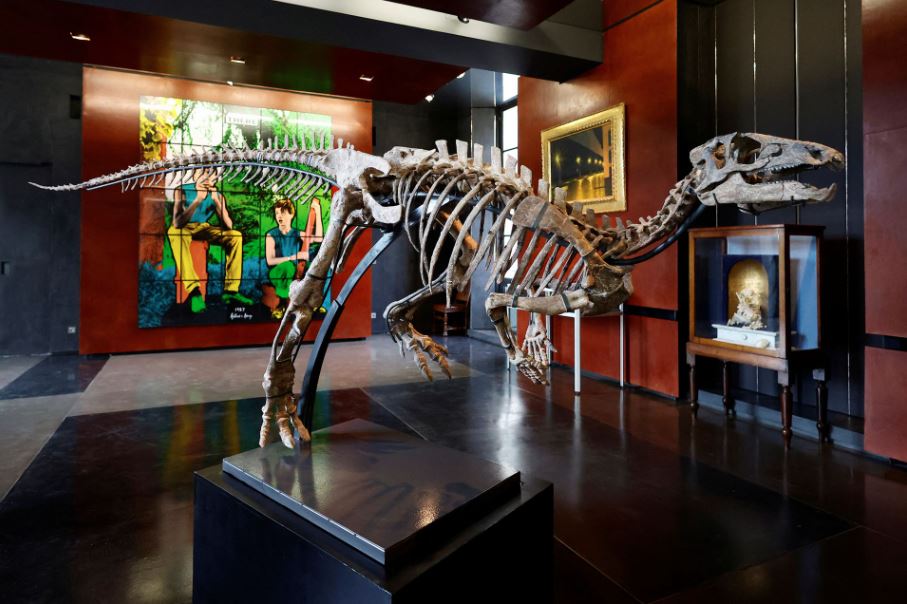 The skeleton of a dinosaur named Zephyr, measuring 1.3 metres in height for 3 metres long which lived around 150 million years ago, is displayed before its auction at Drouot auction house in Paris, France, September 7, 2022. (Image credit: Reuters)

Unlike huge dinosaur skeletons sold at earlier auctions, the fossilized iguanodon skeleton stands just 1.3 metre high and is three metres (9.8 ft) long. It was discovered in 2019 in Colorado, US, during road-building on private land.

"It's a dinosaur for a living room," auctioneer Alexandre Giquello said, referring to the size.

The creature is estimated to have lived more than 150 million years ago. Its remains have been restored by a team of Italian paleontologists.

The skeleton will be auctioned on October 20.