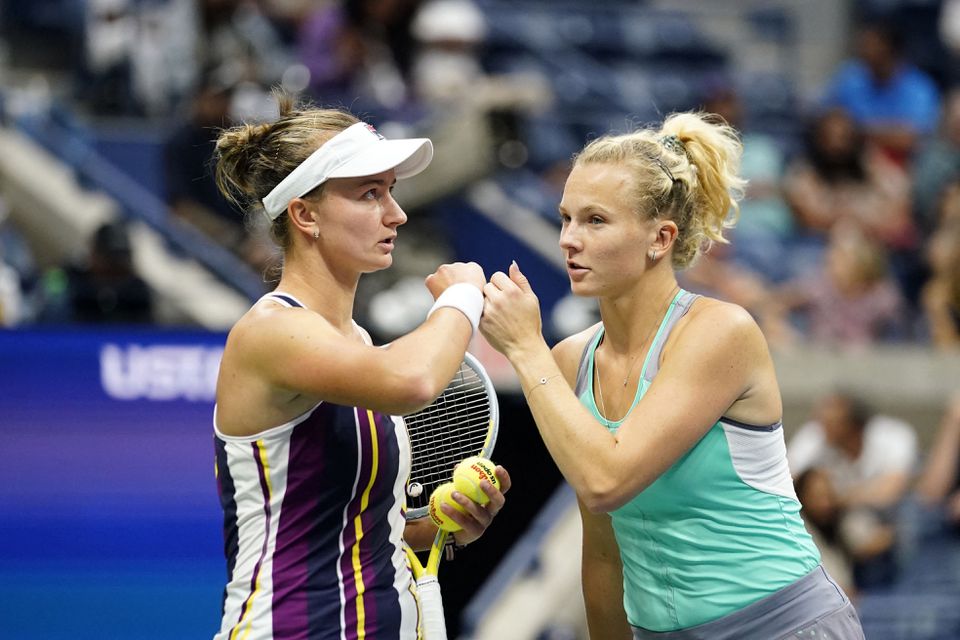 Flushing, NY, USA; Barbora Krejcikova, left, and Katerina Siniakova, both of the Czech Republic, face Taylor Townsend and Caty McNally, both of the United States, in the women's doubles final on day fourteen of the 2022 US Open (Reuters Photo)

Barbora Krejcikova and Katerina Siniakova completed the career 'Golden Slam' by winning the U.S. Open women's doubles title on Sunday and the Czech duo have no intention of breaking up a winning team.

The pair fought back to beat unseeded Americans Caty McNally and Taylor Townsend 3-6 7-5 6-1 at Arthur Ashe Stadium to pick up their sixth Grand Slam doubles title together.

They won the Australian Open and Wimbledon this year but were unable to defend their French Open title due to Krejcikova's illness.

"I think the goal is mainly to improve every single time we step on the court," said Krejcikova, the 2021 French Open singles champion. "When we are playing and we win titles it's amazing satisfaction for that feeling that you are working and improving.

"I think there's a lot of motivation for us to step on the court and try and get better again and improve in doubles together.

"I believe that next time we are going to go to another big tournament we'll just have the motivation to fight again. It will be a new result. Just try to win more Slams and do well."