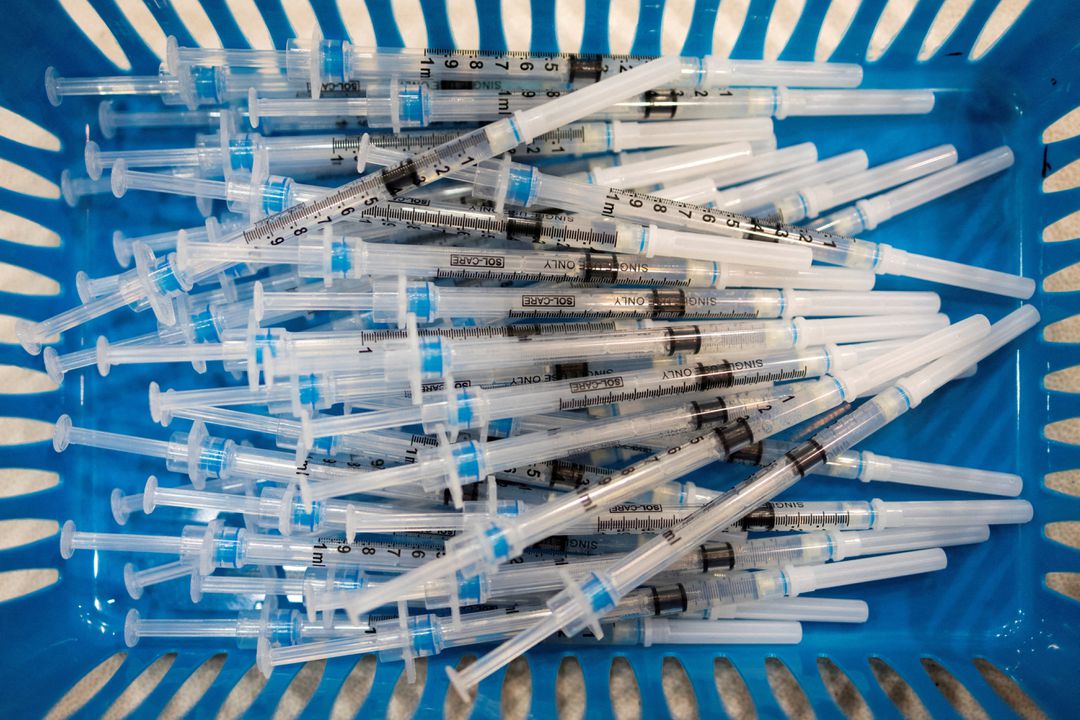 Doses of the Pfizer-BioNTech vaccine against the coronavirus disease (Covid-19) are pictured at a booster clinic for 12 to 17-year-olds in Lansdale, Pennsylvania, US (Reuters Photo)

The latest recommendation is for a so-called bivalent vaccine developed by Pfizer and BioNTech, which targets BA.4/5 as well as the strain of the virus that originally emerged in China in December 2019 targeted by earlier Covid vaccines.

The EMA recommendation is to authorise the retooled booster shots for people aged 12 and above who have received at least primary vaccination against Covid. The final go-ahead will be subject to European Commission approval, which is expected to come in shortly.

If authorised, the BA.4/5-tailored booster will be available in days to all 27 EU member states, Pfizer said in a statement on Monday.

While existing coronavirus vaccines provide good protection against hospitalisation and death, their effectiveness, particularly against infection, was reduced as the virus evolved.

Earlier this month, the EMA endorsed both Pfizer-BioNTech and Moderna's vaccines updated for BA.1.

EU officials signaled in recent months they were open to initially using boosters targeting the older BA.1 variant, given those specifically targeting the newer, now dominant Omicron BA.4/5 offshoots are further behind in development.

In contrast, the US Food and Drug Administration insisted it was only interested in vaccines targeting BA.4/5. Last week, Pfizer-BioNTech and Moderna secured US authorisation for those despite limited available clinical data.

Given BA.1's earlier emergence, data from human trials testing those redesigned vaccines has been submitted to EU regulators. For the BA.4/5 adapted vaccines, regulatory submissions are largely based on lab and animal studies.

Using animal and lab data to solicit regulatory approval is done regularly for flu vaccines that are revamped each year to combat the latest circulating strains.

On Monday, the EMA said its backing of the Pfizer-BioNTech updated BA.4/5 shot relied partly on data from human clinical trials available on the companies' BA.1-tailored vaccine.

A clinical trial testing the Pfizer-BioNTech BA.4/5 vaccine in humans was initiated in early September, and data should be available later this autumn. Meanwhile, human trial data on Moderna's BA.4/5 shot is expected by later this month or early October.

EU officials have encouraged member states to roll out boosters of the established original vaccines and the bivalent shots - whatever is readily available - for the vulnerable and elderly following a rise in summer infections, as protection waned due to the domination of BA.4 and especially BA.5.

Uptake could be limited, as people have become less worried about the disease, thanks in large part to the success of the first generation of shots. Experts also worry that the public may be suffering from vaccine fatigue and less likely to seek the boosters, which could be a fourth or fifth Covid shot for some.