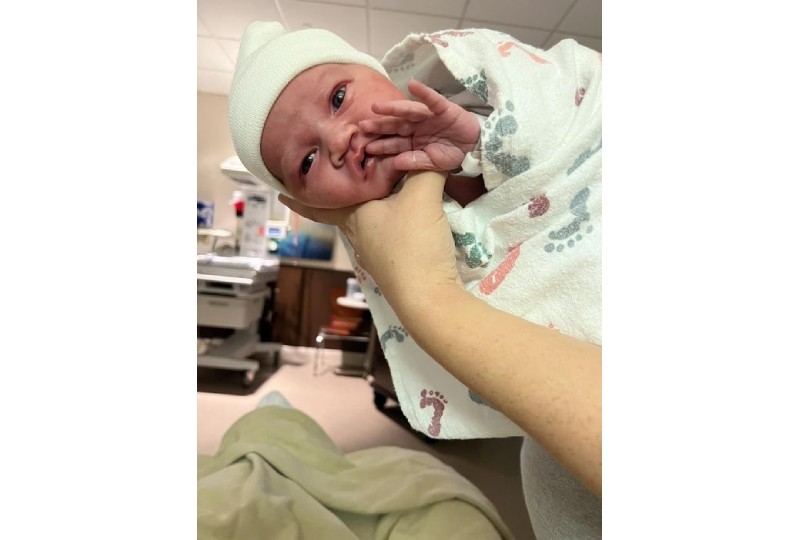 Emily and Stephen Waddell were on their way to the hospital for a delivery, when Ms Waddell realised that she was not going to make it.

She asked her husband to pull over on the side of the highway on Interstate 69, past mile marker 13, where their daughter Reagan was born on September 12, weighing 7 pounds and 10 ounces.

Emily took to Facebook to talk about her experience where she revealed that she had to suction out the baby's mouth and nose, while her husband tied off her umbilical chords using two phone chargers.

Ms Waddell was on the phone with her sister and a delivery nurse throughout the ordeal and confirmed that the baby girl was healthy and doing well.