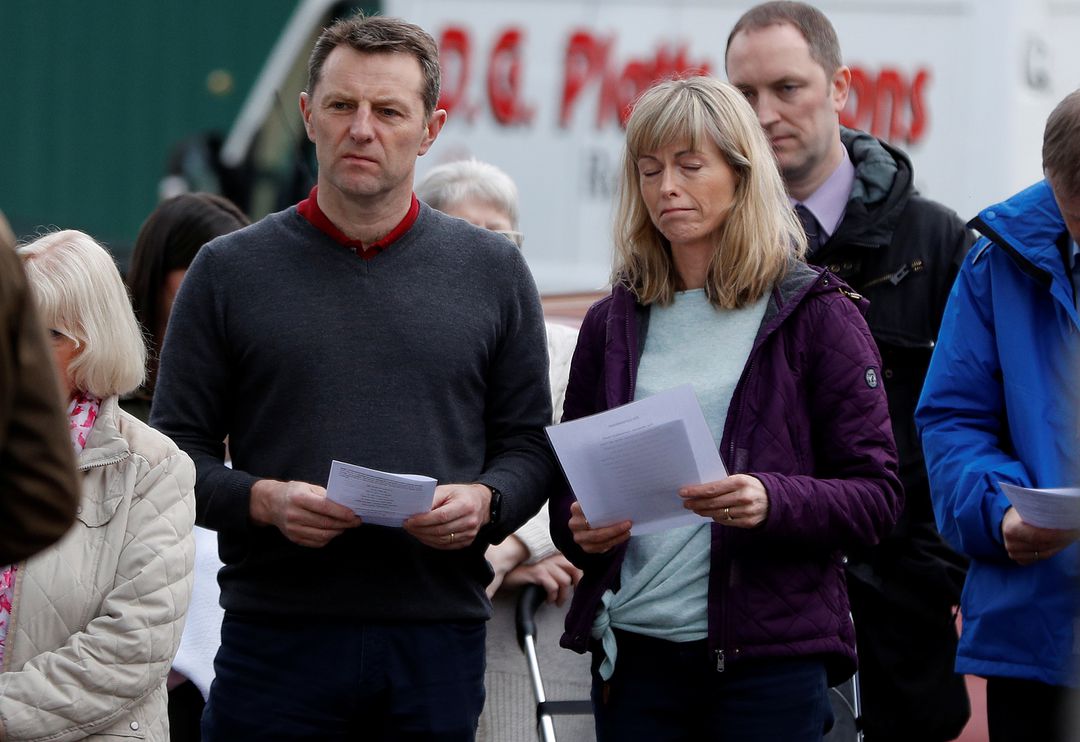 Kate and Gerry McCann attend a service to mark the 11th anniversary of the disappearance of their daughter Madeleine from a holiday flat in Portugal, near her home in Rothley, Britain May 3, 2018. Reuters

PARIS: The European Court of Human Rights ruled on Tuesday against the parents of missing British toddler Madeleine McCann, saying that Portugal did give the parents a fair hearing in their libel battle against a former Portuguese policeman.

The police officer, Goncalo Amaral, who worked on the investigation into Madeleine’s disappearance in 2007, suggested in a book he authored, Truth of the Lie, that the youngster’s parents had been involved.

Gerry McCann and Kate Healy sued Amaral for libel. In 2015, a Portuguese court ruled in their favour, ordering Amaral to pay them damages. Two years later the ruling was reversed by Portugal's highest court.

The McCanns appealed before the European court, arguing that their right to a fair trial, right to private family life and freedom of expression had not been upheld by Portugal.

The ECHR ruled that the Portuguese judiciary had not failed in its duty to protect the McCanns rights and that their arguments concerning presumption of innocence were ill-founded.

"Even assuming that the applicants’ reputation had been damaged, this was not on account of the argument put forward by the book’s author but rather as a result of the suspicions expressed against them", the ECHR ruled.