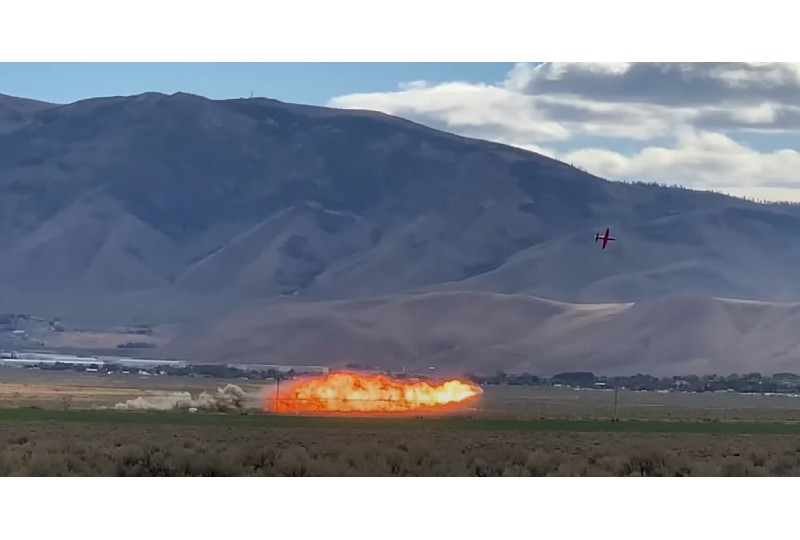 A screen grab of the video. (Video credit: YT/ bigbigblue100)

A pilot has died after the jet he was in crashed during the final day of the Reno air race in Nevada.

The Aero L-29 Delfín was in its final or "gold" race of the jet class when it crashed.

The race was a part of the Reno National Championship Air Races, and the pilot was attempting the third lap when the accident happened, organisers said, adding that the pilot was the only casualty.

Reports revealed that all other pilots were immediately grounded due to the accident.

The National Transportation Safety Board and Federal Aviation Administration investigated the accident and the Reno Air Racing Association identified the pilot as Aaron Hogue during a press conference.

“While we cannot change this tragedy, I would ask everybody to think, pray and honour Aaron for his passion for life and certainly his passion for air racing," association chairman and chief executive officer Fred Telling said.