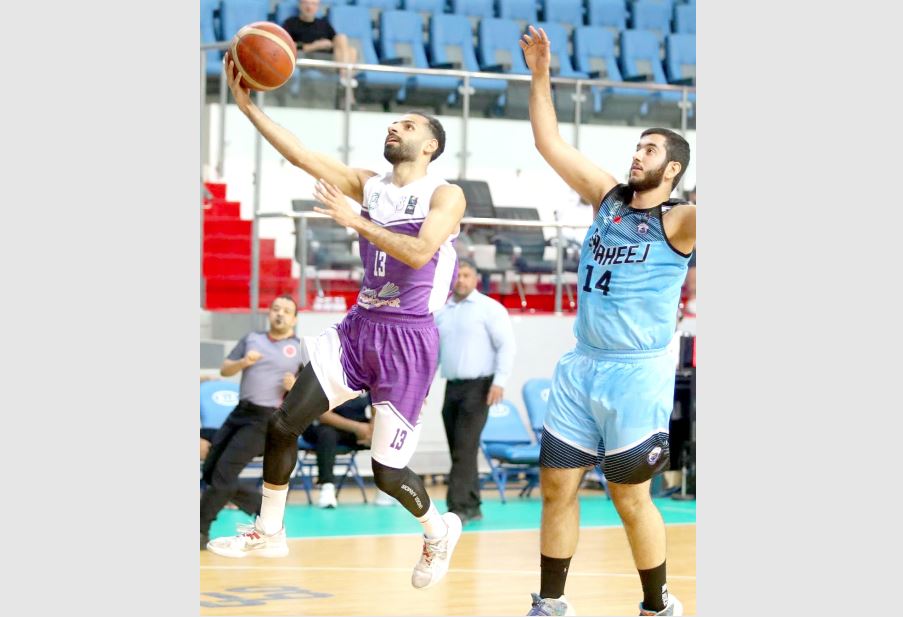 Adrian Uter led the way with 33 points, 16 rebounds and six assists as Al Ettihad held off Samaheej 106-94 in a second-round game of the Zain Bahrain Basketball League yesterday.

The winners led 50-45 at half-time in the game played at the Zain Basketball Arena in Um Al Hassam.

Uter was supported by Sayed Mohammed Hameed who finished with 27 points while Ali Ghadeer chipped in with 15.

Stephen Hurt was the top scorer for Samaheej with 31 points.

In the other second-round game of the day, Nuwaidrat defeated Isa Town 83-71.

The concluding second round game will be played this evening when Muharraq clash with Bahrain Club at the Zain Arena. The game starts at 7.30pm.