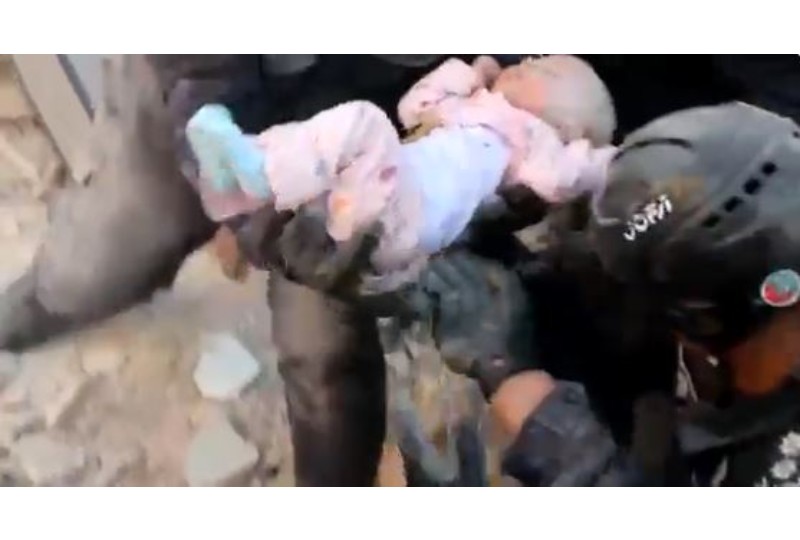 A screen grab from the video. (Video credit: TW/JoCivilDefense)

A four-month-old baby was pulled out alive after being trapped for 30 hours under rubble from a collapsed building in Jordan.

The baby named Malak was rescued on September 14 after a residential building collapsed in Amman, killing 14.

A video shared by the Jordanian Civil Defense on Twitter showed the baby being pulled out of the rubble by rescuers.

The baby was covered in dust but seemed uninjured. She was immediately rushed to the hospital.

Ever since the rescue, baby girl Malak has been called an "icon of hope and life".

Experts reckon that the baby survived because she was in the basement, and not on one of the higher floors during the collapse.