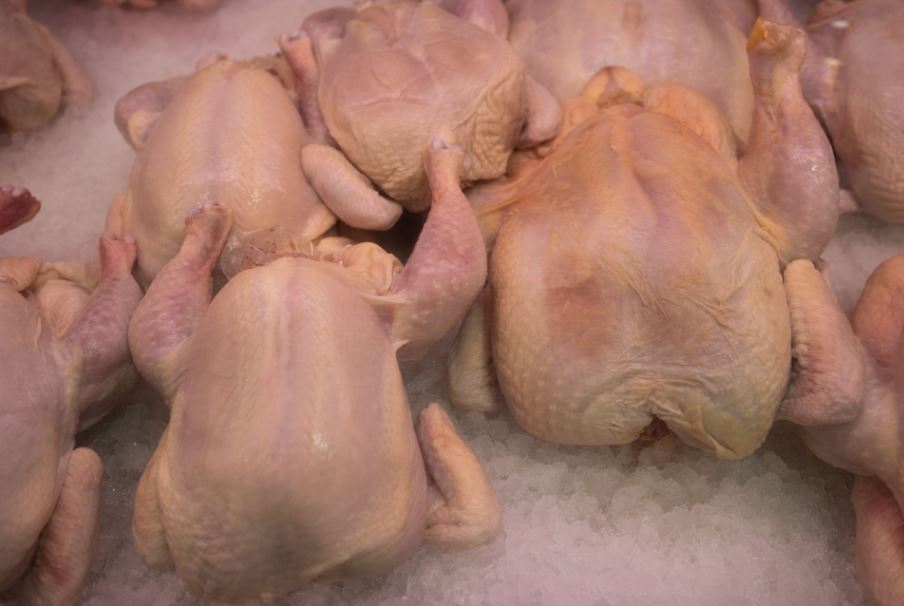 Chicken is pictured at a poultry shop at Reading Terminal Market after the inflation rate hit a 40-year high in January, in Philadelphia, Pennsylvania, US February 19, 2022. (Image credit: Reuters)

Cooking chicken in cough medicine NyQuil is not only silly and unappetising but can also be very unsafe, the US Food and Drug Administration said, following the "sleepy chicken" TikTok challenge.

A number of videos challenged people to cook chicken in NyQuil, which contains acetaminophen, dextromethorphan and doxylamine, or another similar over-the-counter cough and cold medication, according to the FDA.

Boiling medicine can make it much more concentrated and change its properties in other ways, the FDA said in a notice dated September 15.

"Even if you don't eat the chicken, inhaling the medication's vapors while cooking could cause high levels of the drugs to enter your body. It could also hurt your lungs."

This is not the first time the FDA has warned against social media challenges that use non-prescription medicine.

In September 2020, a similar warning was issued by the FDA after reports of teenagers getting admitted to emergency rooms or dying after participating in the 'Benadryl Challenge' on the short-video app.