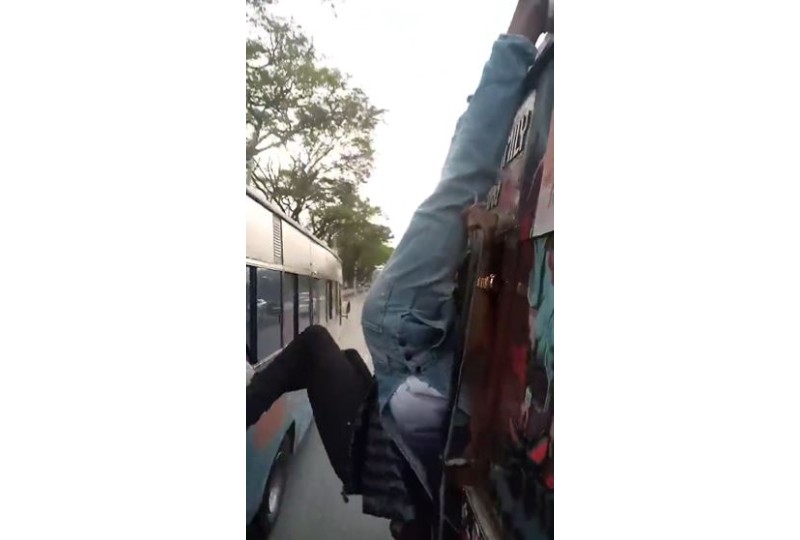 A screen grab of the video. (Video credit: TW/ NPSOfficial_KE)

The National Police Service of Kenya announced that they have arrested and charged two bus conductors for various traffic violations.

The arrests come after a video of the two conductors performing acrobatic stunts hanging from a moving bus went viral.

The video shows the two men hanging from the side of the bus. One man then proceeds to raise his legs up over his head by holding onto the frame of the bus door. The second man then runs across the side of another bus passing by them at high speed.

Following a video that went viral on social media depicting two bus conductors dangerously displaying acrobatic antics on a moving public service vehicle, we wish to inform the public that the suspects including the bus driver have since been arrested and are in custody pic.twitter.com/Xf84kl0Cdh

The video had drawn widespread criticism across Kenya, with netizens applauding the arrest of the two men. The men have also been fired from their jobs as bus conductors.

The Kenyan police announced that they had also arrested the driver of the bus.

They said in a statement on Twitter, "The National Police Service condemns such reckless and irresponsible conduct by the bus crew that exposed passengers and other road users to danger. Such conduct will not be condoned and stern action will be taken against anyone in contravention."