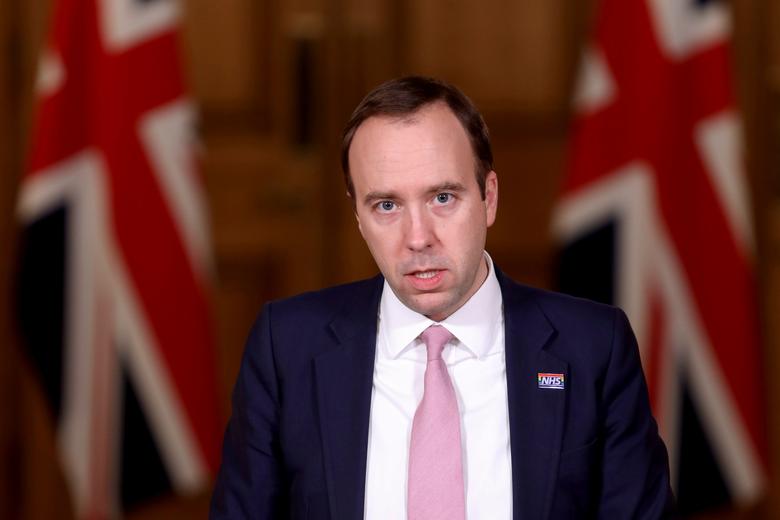 The only vote that Britain's humiliated former health minister is likely to win these days is being nominated to undertake repellent tasks to win food in a reality TV programme in the Australian jungle.

Matt Hancock, who resigned from the government after breaking his own Covid-19 distancing rules when he was caught kissing an aide, is a contestant on "I'm A Celebrity … Get Me Out of Here!" — where participants are subjected to trials involving spiders and snakes and eating kangaroo testicles.

Hancock, still a member of parliament, said he was appearing on the popular show so the public can see "the real me". So far, viewers have responded by picking him to eat bugs and collect tokens from boxes guarded by snakes.

The 44-year-old's decision to take part has angered his constituents, colleagues in parliament, the prime minister, and the families of those who lost loved ones from COVID-19, who say he should not be on the show when an inquiry is scrutinising the government's handling of the pandemic.

He has been suspended from his ruling Conservative parliamentary party for taking part, meaning he has to sit as an independent lawmaker.

Hancock is not the first party politician to appear on the show, which attracts more than 10 million viewers. Nadine Dorries was also suspended when she took part in 2012. Nine years later then prime minister Boris Johnson made her culture secretary. Winners of the show often go on to have higher-profile careers in television and the media.

The Northern Ireland minister, Chris Heaton-Harris, said on Thursday that a large number of politicians in parliament were downloading the show's app to vote to inflict pain on Hancock.

Some politicians in Westminster say he has made a big miscalculation believing he could turn around the public's perceptions of him.

"His biggest flaw has always been that he thought he was more popular than he actually is," said one Conservative member of parliament, who is tuning in and voting for the first time.

'SLAP IN THE FACE'

Immediately after he joined the show this week, the public nominated him to face the "tentacles of terror" challenge where he had to collect stars from boxes guarded by the snakes, eels, crocodiles and crabs.

The public on Thursday also voted for Hancock to take on the first eating challenge of the series on Friday, where he will be eating at the show's "Cockroach cafe".

The betting odds suggest he is likely to be selected to do the most trials of any contestant in the programme's 20-year history.

Hancock said he wants his appearance would show a more "human side" to the public and he would use his time there to promote his dyslexia campaign.

When asked by campmates about his resignation last year Hancock said there was "no excuse" for the actions but insisted "I fell in love".

At the time, the British tabloids called him a "love rat" after he was pictured embracing the woman appointed to a role to scrutinise his department.

Hancock was at the centre of the government's fight against the disease and was heavily criticised in the early stages of the pandemic for struggling to deliver testing and protective equipment for hospitals treating patients.

Lobby Akinnola, spokesperson for the Covid-19 Bereaved Families for Justice campaign, said: "My family was ripped apart by Matt Hancock’s actions, and turning on the TV to see him being paraded around as a joke is sickening."

One fellow contestant on the show told him his behaviour during the pandemic was "a slap in the face", although another said he would have "a very different account of what he did to what we all think happened and there will be reasons".

Britain has one of the highest coronavirus death tolls in the world, with more than 177,000 deaths since the pandemic started in 2020.