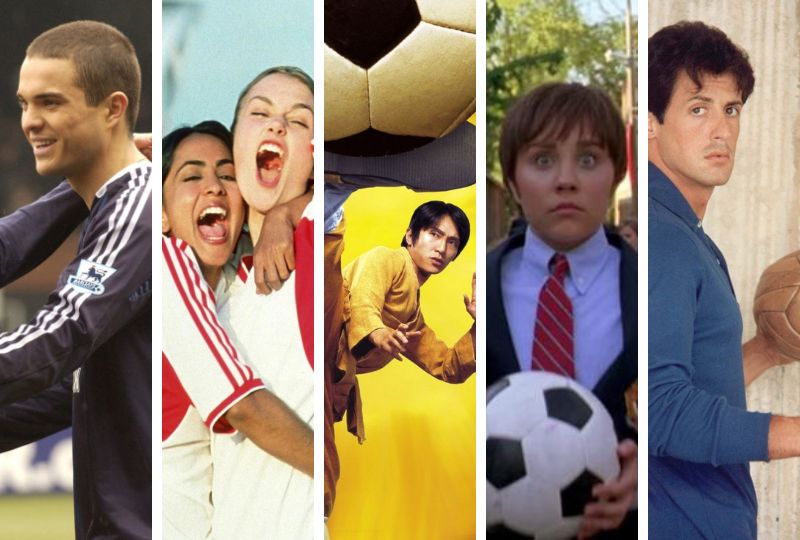 The World Cup is around the corner and if you aren't already hyped enough, here's something that might help.

Football is a truly global sport, and naturally, there are several movies trying to capture the real-life magic of the sport into reel-life.

Here are some of the best movies to watch in the build-up to the World Cup:

This trilogy introduced a whole new generation to the beauty of football in 2005. The story follows Santiago Munéz as he goes from being a gardener in the US to playing in the Premier League in the UK and further.

A story about the challenges women face in a sport that is dominated by men, Bend it like Beckham is a homage to the beautiful sport and to the namesake of the movie.

One of the campier entries on this list, Shaolin Soccer follows a ragtag group of nobodies as they battle against the odds to win against a behemoth. And of course, there are martial arts involved.

Released in 1981, Escape to Victory stars Sylvester Stallone, Pele, and Michael Caine as a group of POWs forced to play a match against Nazi guards during WWII

This story is about how a former professional footballer gets thrown into jail and is forced to play a game against the guards. This movie was later remade into 'The Longest Yard' in the US.

The game of their lives

Based on a true story, this movie chronicles the journey of the surprise upset the US team had against the English team at the 1950 World Cup

A Disney rom-com about a girl who pretends to be a boy, so that she can pursue her dreams of playing football.

A true fish-out-of-water story about an American football coach who comes to England to coach an embattled English football club. Ted Lasso has had rave reviews from both critics and audiences. Although not a movie, this TV series about football should be a must-watch for everyone.