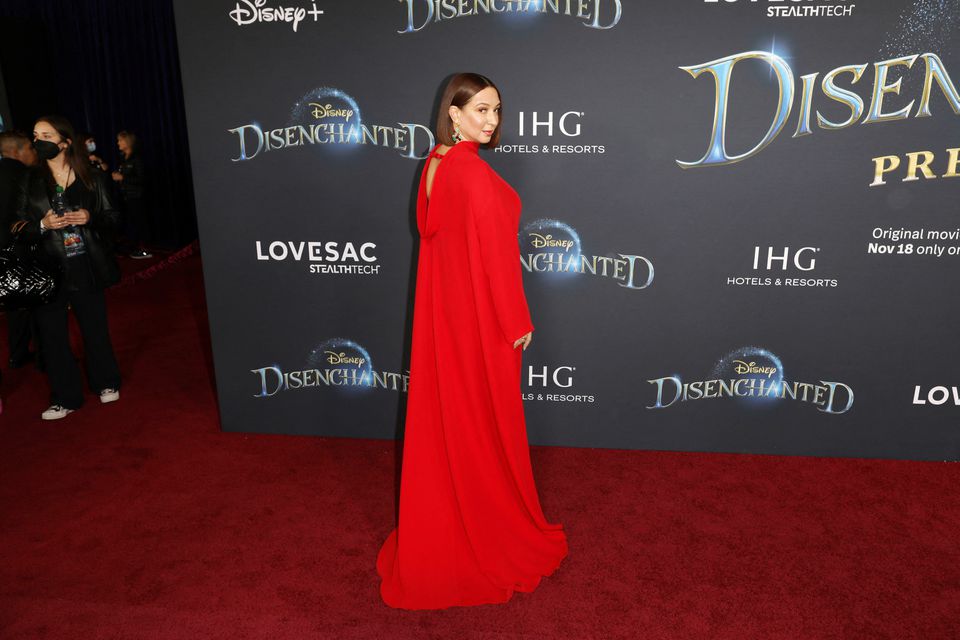 The Disney sequel film “Disenchanted” premiered in Hollywood on Wednesday following its predecessor, “Enchanted,” by flipping the narrative of typical Disney fairytales.

When “Enchanted,” the tale of a cartoon princess being transported to modern-day New York, was released in 2007, it won the hearts of both critics and audiences.

Now, actor Amy Adams is making her magical return as Giselle, who accidentally becomes the villain of the story as an evil stepmother to her stepdaughter Morgan, portrayed by Gabriella Baldacchino.

Adams told Reuters that it took her a second to enjoy the evil aspect of her character.

"Honestly, when I first started being mean to her, I felt so horrible because it was so antithetical to Giselle, and it just did not feel good when I did that," said Adams.

"But then we kind of got into it and when Giselle started peeking through and there was the back and forth, that was a lot of fun."

While Giselle explores her darker side, the other major villain of the film is Malvina, played by Maya Rudolph.

Rudolph said she enjoyed nothing more than fighting against Adams' Giselle using "wands and nails to throw spells at each other and crowns, the whole thing."

"Having seen the first film, knowing what the idea would be. It's a fairy tale that's aware of itself and that's the most fun," she added.