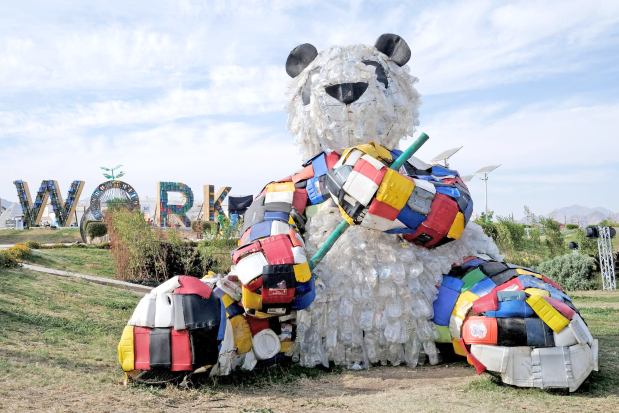 A European Union proposal buoyed hopes of progress at the COP27 climate summit yesterday, its final scheduled day, as the 27-country EU said it would back one of the toughest agenda items – financing for countries wracked by climate-fuelled disasters.

The two-week conference at the Red Sea resort of Sharm El Sheikh is a test of global resolve to combat planetary warming at a time that climate-driven storms, floods, droughts and wildfire compete for governments’ attention with a war in Europe and soaring inflation.

Negotiations were energised after the European Union said late on Thursday that it would back the demand of the G77 group of 134 developing countries to set up a fund to help countries cope with “loss and damage”, the irreparable damage being wrought by climate change. But it was unclear yesterday if all of those countries would accept the EU’s offer of a fund to aid only “the most vulnerable countries”, rather than all developing countries as they had requested.

The climate minister for the Maldives, which faces inundation from rising seas, welcomed the proposal for establishing a fund – which did have strings attached, including that it would be paid into by a “broad donor base” of countries including China. “As the lowest-lying country in the world, we are heartened by the goodwill in this room,” Shauna Aminath said. “We’re very close to an agreement, and let’s engage with one another and make this happen.”

The loss and damage issue has dominated this year’s summit, and talks had stuttered until Thursday as the US and EU resisted a new fund over fears that it could open the door to spiralling liabilities to pay.

EU climate policy chief Frans Timmermans stipulated that the bloc would only back the fund if countries agreed to other measures to slow climate change – specifically, phasing down all fossil fuels along with unabated coal-fuelled power generation, while submitting progress reports to make sure this gets done.