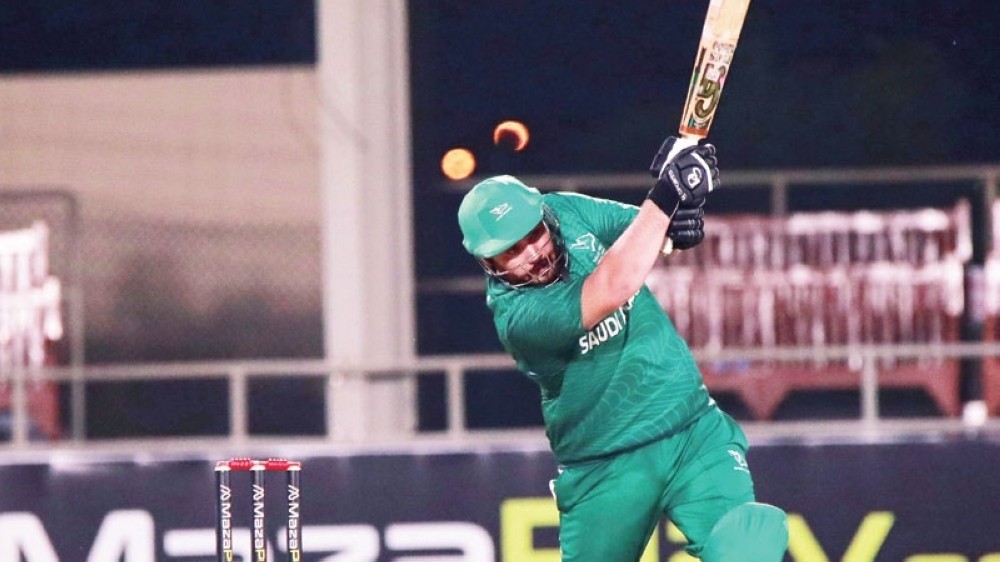 The defeat – Bahrain’s second to the same opponents in as many days and third consecutive loss overall – bookended a tournament of shifting fortunes for the kingdom’s team.

Batting first after Bahrain captain, Sarfaraz Ali won the toss and invited them to bat, the Saudis recovered from a stutter in the first half of their innings to post a challenging 155 for eight off their 20 overs.

They owed their recovery to a fine 54-ball 69 by middle-order batsman Saad Khan, which enabled them to add 92 runs off the last nine overs of the innings after having been 63 for five in the 11th over.

In reply, Bahrain, having suffered a setback when Ali was forced to retire hurt after making just two, slumped to 46 for four (effectively 46 for five because of Ali’s injury) in the 13th over and were never in the contest.

That they managed to eventually finish with 123 for five was because of Ahmed bin Nasir, batting at number six, who scored an unbeaten 55 off 39 balls.

He was supported by all-rounder Sathaiya Veerapathiran who scored a 14-ball 19 in a 46-run, fifth-wicket stand in just over four overs that briefly gave Bahrain hope.

But when Veerapathiran fell to Usman Najeeb with the score at 92 for five after 17 overs, Bahrain still needed 64 runs off 18 deliveries and, despite some lusty blows by Nasir, could manage only 31 of those.

Finishing last in a four-nation tournament will, no doubt, rankle the Bahrain team who overcame a narrow first-match defeat against Canada to win their next three matches – against hosts Oman, Saudi Arabia and Canada – and put themselves within sight of reaching the final.

However, needing to only defeat Oman in their second match against the hosts to ensure their passage to the final, Bahrain slumped to a demoralising 106-run loss last Saturday which allowed their opponents to draw level on points, with both teams perched on six points each, just behind table leaders Canada, who had eight.

On Sunday, Canada beat Oman in their last league game and all Bahrain needed to do was defeat Saudi Arabia, who had lost all five of their previous games, to go up to eight points and reach the final.

Instead, the Saudis turned the tables, romping to a nine-wicket win which meant that Bahrain remained on six points with Oman going ahead because of superior net run-rate.