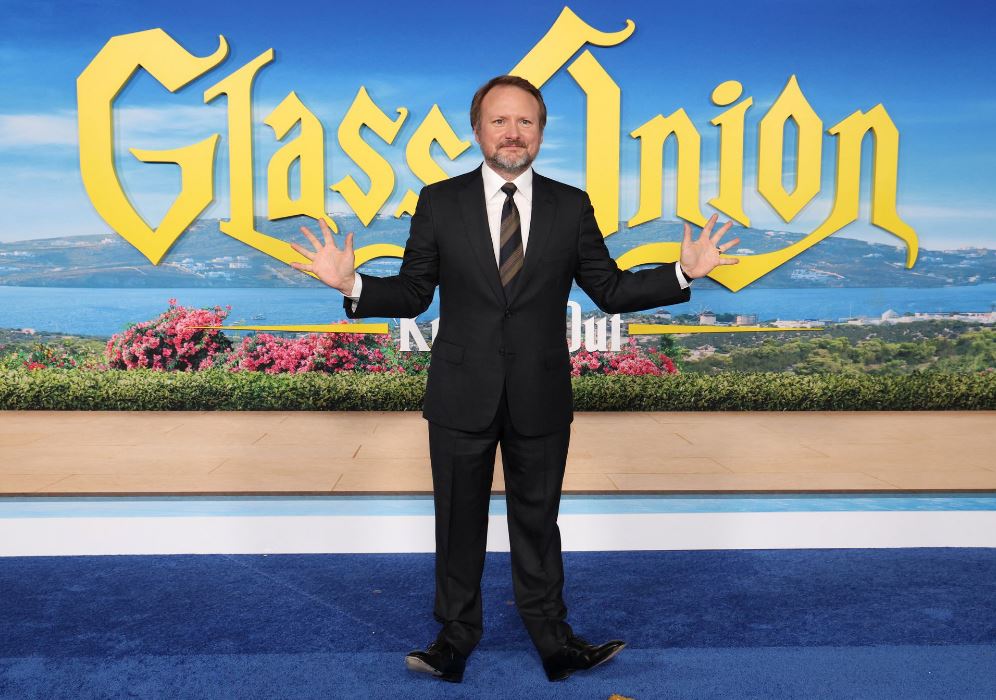 Director Rian Johnson at the premiere for the film 'Glass Onion: A Knives Out Mystery' at the Academy Museum of Motion Pictures in Los Angeles, California, US, November 14, 2022. Reuters Photo

"Glass Onion: A Knives Out Mystery," a sequel to 2019's "Knives Out," brings together a new cast in Greece for a fresh murder mystery and case for sharply-dressed detective Benoit Blanc, played by Daniel Craig.

Rian Johnson, who directed both movies, helped peel back one of the franchise's biggest mysteries this week when he explained what "Glass Onion" means.

He added: "I ended up working in the idea of the glass onion of this thing that seems densely layered but in reality, it's pretty transparent. That's kind of the metaphor that Blanc grabs on to and beats to death over the course of the movie. So it means a few things."

The ensemble cast includes Edward Norton, Janelle Monae, Kate Hudson, and Leslie Odom Jr. Each character's outfit alludes to something about them to help guide the audience.

"I can't think of a film that I've been in in quite a while where the costumes had such a presence in the film," Norton said. "It's character defining... Every entrance produces laughs."

Mystery lovers will find plenty to keep them entertained.

"The movie is incredibly generous with its spoilers, with its Easter eggs, whatever you want to call them," said Craig.

"If you watch it you will get some of them, if you want to watch it again, you'll get more, and it keeps on growing because what Rian does so brilliantly is he lays all this groundwork, he does all these things and every single thing pays off."

The film will have a limited release in theatres in the United States and elsewhere in November and will be available for streaming on Netflix in December.