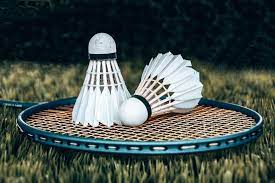 Koljonen defeated Azerbaijan’s Ade Resky Dwicahyo 21-13, 21-17 in the first semi-final yesterday while an injury to India’s Aryamann Tandon midway through the second semi-final, while leading 18-7 in the third set after Schaefer had taken the first set 21-17 and Tandon had clinched the second 24-22, allowed Schaefer to go through.

In the men’s doubles, the Thai pairing of P Kaosamaang and W Thongsa Nga won a thriller, 21-15, 22-20, in their semi-final against their Indonesian opponents Muhammad Rayhan and Rahmat Hidayat.

They will face compatriots Tanadon Punpanich and Wachirawit Sothon who battled to a tough 21-14, 16-21, 21-18 win in the other semi-final against Indonesia’s Raymond Indra and Daniel Edgar Marvino.

The women’s doubles final will be contested by Chinese Taipei’s Liang Ting and Wu Ti Jung, who defeated compatriots Hsu Yin-Hui and Sung Yi-Hsuan 21-15, 22-24, 21-16, to set up a clash with another Chinese Taipei pair Hsieh Pei Shan and Tseng Yu-chi who beat the Indonesian pair of Anisanaya Kamila and Az Zahra Ditya Ramadhani, 21-18, 16-21, 21-18.

Finally, the mixed doubles final will see Thailand’s R Ouothong and J Sudjaipraparat, who defeated the Chinese Taipei pair of Huang Jui-Hsuan and Huang Yu-Haun 21-18, 21-17 in the first semi-final, facing off against England’s Gregory Mairs and Jenny Moore, who beat India’s Reddy B Sumeeth and Manisha K 21-10, 21-17 in the second semi-final.

Live streaming of the final day’s play can be seen on YouTube. Score updates, details of upcoming matches, and all tournament news will be posted on the Indian Club Facebook page.