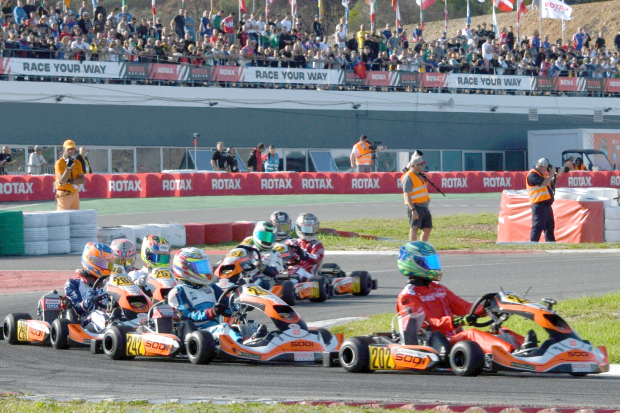 Team Bahrain flew the kingdom’s flag high in this year’s Rotax MAX Challenge (RMC) Grand Finals, held in Portimao, Portugal over the weekend, which gathered together hundreds of the world’s best karting drivers.

Wally showed all week he is amongst the top 10 drivers in his highly competitive division where less than a second separated the top 20 drivers. Starting ninth on the grid, he was in the thick of things throughout the Final, making up two places to finish seventh best in the world.

In the Micro MAX class, AlGaith gave a good account of himself, gaining valuable experience on his way to 29th place out of the 36 finalists.

Portugal’s Martin Marques did the host nation proud with his victory, followed by Majus Mazinas from Lithuania in second and Britain’s Albert Freind in third, rounding out the podium finishers.

BIC Commercial Karting and Team Bahrain manager Hasan Shehabi commented: “Congratulations to Muhammad Wally for his seventh place, making up two positions from ninth to score the best result of the event for our Team. We are proud of what he achieved and the high level he performed throughout the week.

“The ‘baby’ in our team, Yousif, showed big heart all week, learning the hard way how competitive Rotax MAX at the top level is. The experience will only serve him well in the future. Being within the top 30 young drivers in the world is a fine achievement. We are proud of him.”