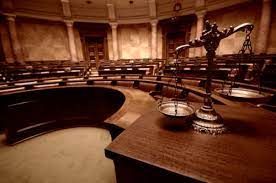 TWO Bahrain-based businessmen, jailed for 10 years on charges of defrauding a bank as part of a major international scam, have been acquitted of new charges they faced in the kingdom.British expatriates Charles Ridley, 62, and Ryan Cornelius, 66, who lived in Janusan, remain behind bars in the UAE and were among eight people standing trial in absentia at the High Criminal Court in Bahrain in connection to alleged money laundering offences .