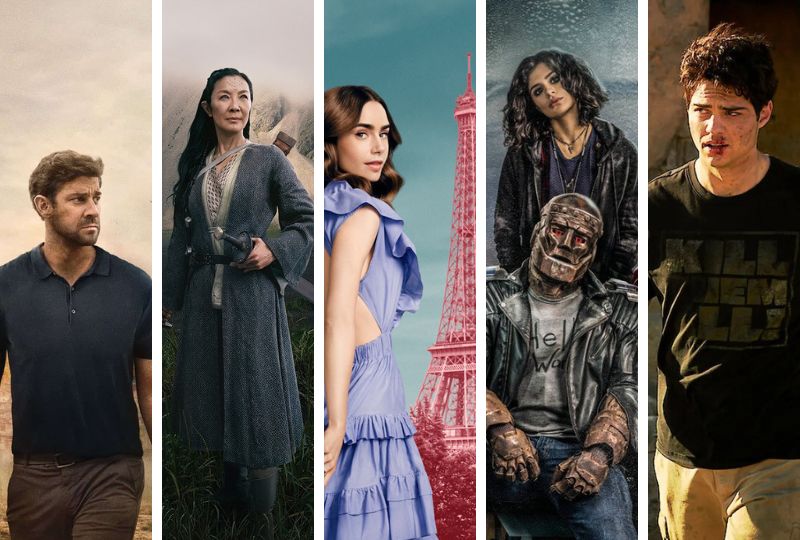 Here is our list of the best new TV shows to binge in December:

John Krasinki's Jack Ryan returns for a third season full of action and espionage. Watch Jack Ryan like never before from December 23 on Prime Video.

In this prequel series to Netflix's 'The Witcher', audiences will be introduced to the origins of the Witchers, and how they came to have their powers. The new series is being headlined by Michelle Yeoh and will premiere on Netlfix on December 25.

Emily's back, and she's brought a whole new group of problems and outfits with her. Join Emily and the gang back in Paris on Netflix from

Prepare for war as the television adaptation of Phillip Pullman's novel comes back for a third season. Headlined by James McAvoy and Dafne Keen(Logan), 'His Dark Materials' will be coming out on 5 December.

Noah Centineo makes a return to Netflix, this time as a young lawyer working for the CIA who's inadvertently drawn into a dark conspiracy. If that sounds like your cup of tea, be sure to tune in to Netflix on 16 December.

Nicholas Cage might not be returning, but that doesn't mean we cant hunt for some treasures ourselves. This spinoff to the hugely popular 'National Treasure' movies will premiere on Disney+ on 14 December.

The unlikeliest of heroes returns for a fourth time to fight another odd villain threatening to ruin everyone else's day. Watch 'Doom Patrol' from 8 December.

The reboot of the popular 2000's TV show returns for a second season full of suspense, scandals and gossip. The series premieres on

The 'Yellowstone' prequel and the “1883” sequel follows the Dutton family and explores their life during Western Expansion, Prohibition and the Great Depression. The series will premiere on 18 December.