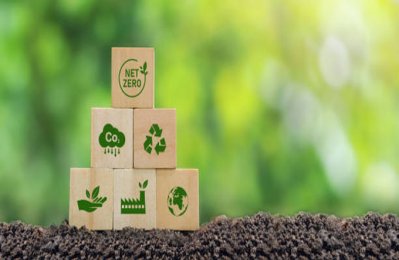 Carbon credits could make a significant contribution to achieving net zero by 2050, but only if participants address issues over limited supply and integrity, the Secretary General of the International Energy Forum told a conference.
Trade in voluntary carbon credits could grow 100-fold by 2050 if teething problems are addressed, Joseph McMonigle said in a keynote address to the S&P Global Carbon Markets Conference in Barcelona.
"There is a huge opportunity for voluntary carbon markets, which can only be realised with concerted international efforts. Overall, the market is characterised by low liquidity, scarce financing, inadequate risk-management services, and limited data availability. Building trust in the market is vital to achieving these goals so we must work harder to improve transparency, standardisation and stability," he said.
A carbon credit is a permit which allows a country or organisation to produce a certain amount of carbon emissions and which can be traded if the full allowance is not used. They come from four categories: avoided nature loss including deforestation; nature-based sequestration, such as reforestation; avoidance or reduction of emissions such as methane from landfills; and technology-based removal of carbon dioxide from the atmosphere like carbon capture, utilisation and storage. According to the World Bank, global carbon credit revenue grew 60 percent to $84 billion in 2021.
The Taskforce on Scaling Voluntary Carbon Markets estimates that demand for carbon credits could increase by a factor of 15 or more by 2030 and by a factor of up to 100 by 2050. Management consultant McKinsey issued a report in 2021 that estimates demand in 2030 in the range of 8 to 12 gigatons of CO2 per year of carbon credits.
"It is critical that purchasing a carbon credit can be trusted to bring a real reduction in CO2 emissions," McMonigle added. "The market today lacks transparency and there is a lack of data on how money is spent. The world will need a voluntary carbon market that is large, transparent, verifiable, and environmentally robust."
In 2016, the European Commission found that 85 percent of projects it examined were unlikely to achieve their stated reduction claims. Similar conclusions were found in a 2019 ProPublica investigation and a 2021 study on forest preservation in California.
The second issue is supply of credits, McMonigle said: "The development of projects would have to ramp up at an unprecedented rate," he said, adding that most of the potential supply of avoided nature loss and of nature-based sequestration is concentrated in a small number of countries.
Project and financing risks could reduce the supply of carbon credits to as little as 1 gigaton of CO2 per year by 2030, according to the McKinsey report.
Policy makers need the carbon markets to work better because they are increasingly relying on them to deliver a portion of their promised reductions in greenhouse gas emissions in their nationally determined contributions (NDCs) under the Paris agreement, he stated. And companies are seeking higher volumes of carbon credits because their regulators and shareholders are demanding rapid and measurable progress towards net zero goals beyond what they can deliver internally.
Article 6 of the Paris Agreement is central to the development of an effective international market for trading carbon credits, McMonigle said: "It serves as the crucial link between the trade in carbon credits and countries' commitments to reduce greenhouse gas emissions, so it is vital that we see these talks come to a successful conclusion."
Talks at COP27 in Egypt were meant to deliver a breakthrough in implementing Article 6, but differences between the parties remain, and negotiations have been extended into 2023.
"Differences relate to the deadline for transferring emissions reduction projects listed under the Clean Development Mechanism to the new registry, the procedure for moving credits between countries, and the conditions for mandatory cancellations of credits," McMonigle said.
Governments are also looking at how carbon credits can be used to promote clean energy technologies in the developing world, he added. The United States launched an initiative at COP27 to enable companies to earn credits for funding clean energy projects in the developing world. Launched by White House Climate Envoy John Kerry with the Bezos Earth Fund and Rockefeller Foundation, the Energy Transition Accelerator will create a new type of carbon credit for companies that deploy capital to retire unabated coal-fired power and accelerate the buildout of renewables in developing countries.
Governments in emerging markets, and in particular energy producers, have recently embraced carbon credits, McMonigle said.
Saudi Arabia, for example, held its first auction in October, selling 1.4 million tons of high-quality, CORSIA-compliant and Verra-registered carbon credits. Elsewhere in the Middle East, Abu Dhabi Global Market and AirCarbon Exchange are setting up a voluntary carbon market based in the UAE capital, aiming for a launch in January.-TradeArabia News Service