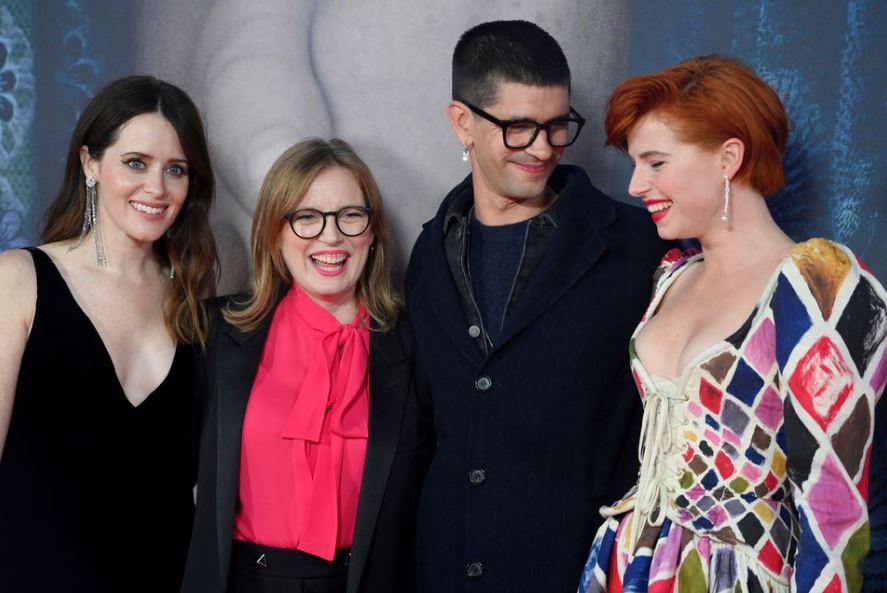 Cast members at the premiere of the movie 'Women Talking' during the BFI London Film Festival. Reuters File Photo

LOS ANGELES - The film “Women Talking” follows eight Mennonite women who struggle over how to respond to continual sexual assaults from the men in their insular religious community.

Inspired by real-life events that took place at the Manitoba Colony in Bolivia, the drama was brought to life by Canadian writer and director Sarah Polley and is based on the novel of the same name by Miriam Toews.

It stars Claire Foy, Rooney Mara, Michelle McLeod, Sheila McCarthy, Ben Whishaw and Frances McDormand, who is also a producer, and premiered at the Telluride Film Festival in September.

“Women from all walks of life do have a really powerful reaction to the film, and it’s this incredible conversation starter,” Mara said in an interview.

Mara, who plays a woman trying to bridge differences in the group, noted that “Women Talking” introduces a timely and relevant conversation that people are more open to having now than they have been in the past.

“It’s opening doors to have deeper, more nuanced conversations,” the “Her” actor said.

Foy, a British actor best known for her role as the young Queen Elizabeth in "The Crown," plays a woman who believes in fighting the men. She calls the women in the film “representatives."

"They're basically like the government for the community of women, and they're a really good example of how that government can run," Foy said.

The film opens with a limited theatrical release on Friday. It garnered two Golden Globe nominations, including best screenplay for Polley.

"Women Talking" joins “She Said,” “Black Panther: Wakanda Forever,” and “The Woman King” in a group of 2022 films that focus on the narratives of women. McLeod, who plays a younger member of the group, believes that is a reflection of society making some progress.

"More and more women are finding their voice and breaking out of the social confines we’ve been put in,” McLeod said.