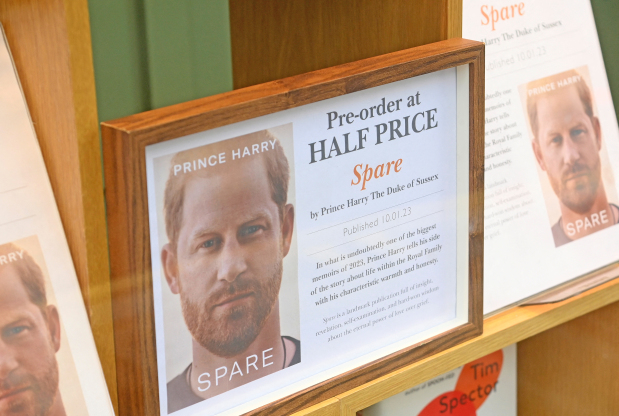 Princess Diana would have been “heartbroken” about the conflict with his brother Prince William, Prince Harry has told a US television interview.

He told Good Morning America their mother would have been saddened at the arguments, which he said were fuelled by briefings to a divisive press.

Prince Harry said there had to be “accountability” before reconciliation.

He also ruled out a return to the UK as a working royal.

Prince Harry told ABC News TV interviewer Michael Strahan a return to such a life within the Royal Family in the UK would be “unsurvivable”.

“That’s really sad, because that’s essentially breaking the relationship between us,” said Prince Harry, in an interview about his memoir, Spare.

In the book Prince Harry speaks about the traumatic legacy of his mother’s death in a car accident in 1997 – but says Diana would now be sad to see the dispute between her sons, with Prince Harry seeing William as his “arch nemesis” as well as “beloved brother” and describing a physical altercation between them.

“I think she would be looking at it long term to know that there are certain things that we need to go through to be able to heal the relationship,” he said in the interview.

He also spoke about his relationship with Camilla, the Queen Consort, saying they hadn’t spoken for a long time, but he didn’t think of her as an “evil stepmother”.

Prince Harry said he had compassion for her as the “third person within my parents’ marriage”.

“She had a reputation and an image to rehabilitate. And whatever conversations happened, whatever deals or trading was made right at the beginning, she was led to believe that would be the best way of doing it,” he told the US news show.

These claims, presenting Prince Harry’s view of events, have so far not drawn a response from Buckingham Palace or Kensington Palace.

In an ITV interview on Sunday, Prince Harry had accused the Royal Family of failing to defend his wife Meghan – with overnight viewing figures showing it had been seen by an audience of 4.1 million viewers, behind Call the Midwife and Happy Valley which drew over 5m that evening.

Prince Harry highlighted the controversy over a Jeremy Clarkson newspaper column, saying the “silence is deafening” from the Royal Family about what he called the “horrific” Sun article.

He contrasted this with the quick action taken after a race row at a Buckingham Palace reception.

The Clarkson article about Meghan had described how the columnist was “dreaming of the day when she is made to parade naked through the streets of every town in Britain while the crowds chant ‘Shame!’ and throw lumps of excrement at her”.

Later taken down by the Sun and prompting an apology from the paper and Clarkson, the article was described by Prince Harry as “horrific and hurtful and cruel towards my wife”.

He also said he believed that stereotyping about Meghan – as an “American actress, divorced, biracial” – had been a barrier to Prince William and Catherine “welcoming her in” to the family.

Prince Harry also accused the Royal Family of “getting into bed with the devil” to improve its image – which he linked to relationships between “certain members of the family and the tabloid press”.