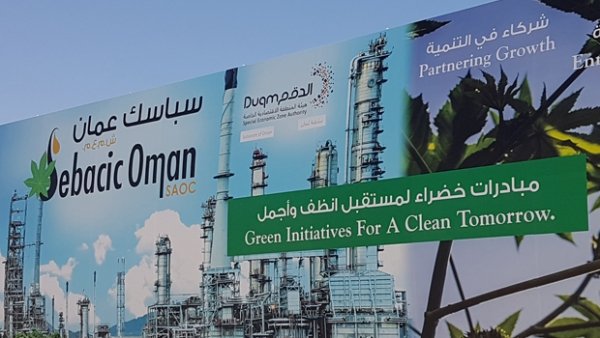 Muscat: The Special Economic Zone in a’ Duqm (SEZD) celebrated the laying of the foundation stone for OMR24 million Sebacic Oman Refinery Company for the production of Sebacic acid which is the first project of its kind in the Middle East.

The project will be built on a land area of about 400,000 square meters to produce the Sebacic acid, which is extracted from castor oil and enters in many of the chemical industry, manufacturers of plastics and medicines.

It is also used in the manufacturing of detergents, paints and perfumes and is a product of high economic importance. It can lead to the establishment of many industries.

He said that Sebacic Oman Refinery is considered a good addition to SEZD which is experiencing a diversity of investments in it, explaining that the project is a joint investment between the private sector in Oman and abroad and expresses the vision of SEZAD to promote domestic and foreign investment and the creation of successful partnerships between the Omani and foreign companies.

He pointed out that Meethaq for Islamic banking is financing the project, which emphasizes the role of the banking sector in promoting such partnerships.