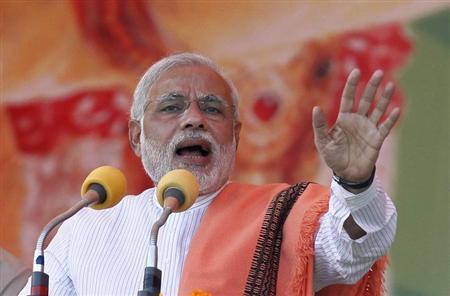 Abu Dhabi: In light of the upcoming ‘historic’ UAE visit by India’s Prime Minister, Narendra Modi, a few details have been shared about his public meeting, which is scheduled for Monday, August 17th 2015. Modi, who will be the first Indian Prime Minister to visit the UAE after a gap of 34 years, will be attending a public event at the Dubai Cricket Stadium.

Organisers claim that despite the rapidly rising temperature, there is a huge interest among the Indian community and more than 18,000 people have registered for the event. Additionally, organisers declare that they will install mist fans and water dispensers to keep everyone hydrated. The Indian business community has volunteered to meet the expenses of the mist fans and dispensers. Organisers are also trying to arrange shuttle bus service from the Global Village, where car-parking facility is planned for the event.

Dr B R Shetty, a member of the organising committee under the Indian Community Welfare Committee (ICWC), said that the preparations are underway, according to Emirates 24|7. “We have got an overwhelming response to the public appeal for prior registration through a  dedicated website…we expect a crowd of between 40,000 to 50,000 to attend the public event,” said Shetty. “There are many volunteers who will assist the public at the venue and I will remain there as a gate keeper and volunteer too," he added.

Preparations to set up a food court and other canopies are advancing at the Dubai Cricket Stadium. At a meeting of ICWC convened at the consulate on August 10, several Indian community association representatives agreed with one mind to offer Modi a fitting reception.

It was announced in the meeting that about 35 artists are going to be flown in from India to provide the entertainment for the event. The artists will perform a fusion of dances from South India, Gujarat, Punjab and other Indian states. Many members of the ICWC were critical about the fact that the event is being organised in a hurry without the association’s knowledge. The meeting at the consulate witnessed noisy scenes with some members trying to boycott the event as details about the programmed was not revealed.

Many dignitaries, including UAE officials and ministers are set to attend the public event.