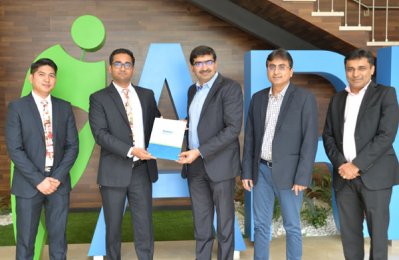 Founded by Nilesh Ved, Apparel Group has over 75 global fashion and lifestyle brands in its portfolio.

Sumo Sushi & Bento has been a high quality, well priced sushi and Japanese favourite in the UAE for more than 16 years, providing fun and authentic experience for its guests.

It now boasts 12 outlets located throughout the emirate, many of which are in prime retail and leisure hubs, with another four located in Bahrain and Oman. It was established in 2000 with just ten team members, and has now grown to 140 employees, while the franchises have over 500 employees.

Building on its expansive relationship with various malls, Apparel Group will focus on bringing Sumo Sushi & Bento to its mall locations throughout the GCC, said a statement from the company.

The franchise agreement was signed official signed on April 13, in the presence of senior officials of both groups at an exclusive ceremony held in Dubai, UAE.

The first restaurant under this agreement is scheduled to open on June 1, in Doha Festival City (Qatar), followed by other shopping malls and retail establishments across the Middle East using the existing network of Apparel Group in the region, it said.

Sumo International Inc, operates and franchises a highly lucrative chain of 15 restaurants across UAE, Bahrain and Oman, while Apparel Group has over 75 brands in its portfolio covering four continents, it added.

The signing of this franchise agreement is a continuation of Sumo Sushi & Bento’s ambitious growth plans, both nationally and regionally. With more than 17 years’ experience, the company’s strong vision has transformed the brand from its humble beginnings as an original Japanese family friendly restaurant to the largest growing Japanese franchise in the UAE.

The brand is currently focussed on mirroring its GCC dominance, overseas in the critically important and competitive US market, it said.

Darami Coulter, global marketing and communication manager, Sumo International Inc, said: “We are thrilled to work with Apparel Group and we believe they are the ideal partner to help us drive the expansion of our company in the fast growing GCC markets.”

“To be recognised by Apparel Group as a strong brand, performing well with a reputation for quality food and service is very encouraging. Both brands share an affinity for recognising consumer desires and superseding these with a quality offering,” he added. – TradeArabia News Service