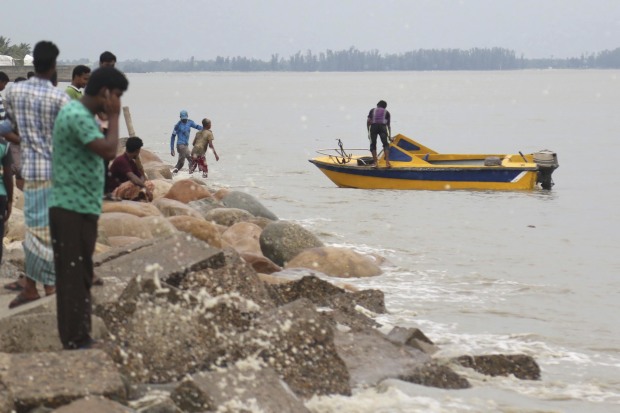 Bangladeshis stand by the coast of the Bay of Bengal, before the expected landfall of tropical storm Mora in Chittagong, Bangladesh, Monday, May 29, 2017. (AP Photo)

Cox's Bazar, Bangladesh: A tropical storm lashed southern Bangladesh on Tuesday, destroying hundreds of poorly built homes in some remote islands in the Bay of Bengal, officials said. No casualties were immediately reported.

Some 300,000 people had been moved to safety or were evacuated on Monday as the delta nation braced for its first strong storm of the year, with more than 1,000 shelters set up in several districts, including Cox's Bazar and Chittagong. More than 20,000 volunteers were on hand.

Saint Martins public representative Nur Ahmed said strong winds flattened many homes. About 8,000 residents moved to storm shelters and hotels. "We have no news of any casualties in the area so far," he said.