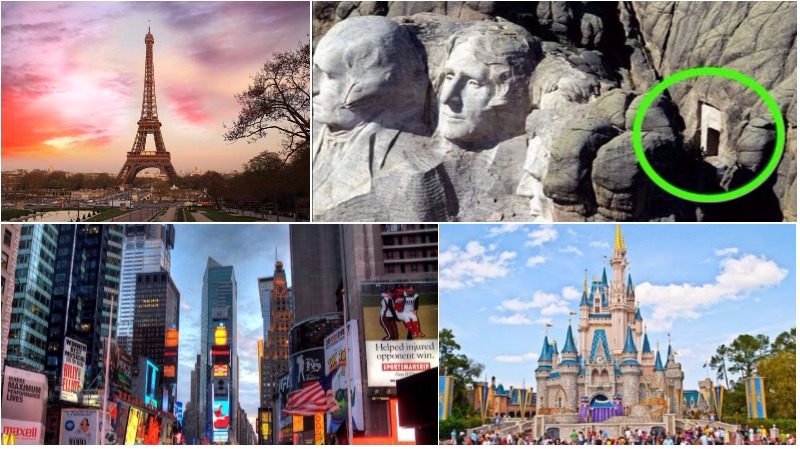 Thousands of people pass through these world-famous destinations every day unaware that there’s a hidden gem tucked inside.

These secret spaces could add an extra layer of exploration to popular destinations like Times Square or the Eiffel Tower—if you know where to find them.

Here are 10 of the least obvious spaces lurking in the most obvious places... 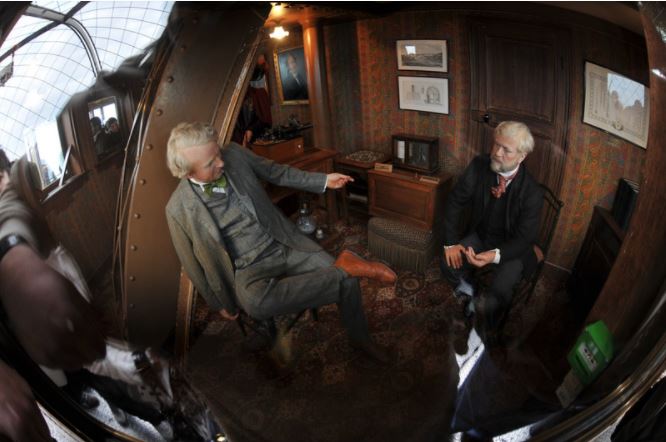 The tower's designer Gustave Eiffel built himself a small apartment near the top of the world wonder, that most people were unaware of, until it was opened to the public in 2015.

The apartment is beautifully furnished, wallpapered, and carpeted, in contrast to the bare structure on the outside of the apartment.

The walls were covered in warm wallpaper and the furniture included soft chintzes, wooden cabinets, and even a grand piano, creating a comfortable atmosphere perched nearly 1,000 feet in the air. 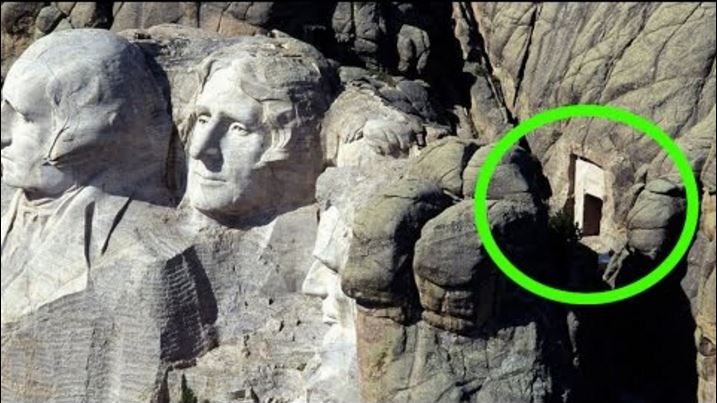 Mount Rushmore is a worldwide famous sculpture located in Keystone, South Dakota, in the United Sates. It was sculpted by Gutzon Borglum along with his son Lincoln Borglum.

The world-famous landmark is visited by thousands of people every year, but very few are aware of the secret that it holds.

Gutzon Borglum wanted to build a ‘Hall of Records’ into the side of the mountain which was meant to contain important U.S. Documents such as the Declaration of Independence. But due to his demise in 1941, the project ground to a halt.

However, his work was eventually completed in the year 1998, when the American government installed a sealed titanium vault, inside the cavern, to house copies of documents.

The building originally belonged to the New York Times, but they moved out in 1912. In 1992, the owners of the building went bankrupt, allowing it to be sold to the Lehman Brothers.

However, despite its location in one of the most expensive and photographed places in the world, the building at One Times Square is nearly completely empty.

Walgreens occupies the first floor, and leases everything up through the 21st floor, but has chosen to leave the building vacant because the advertising on its sides brings in enough money to sustain it.

Its only other occupant is the New Year’s ball itself, located year-round on a metal roof deck, waiting for its annual moment of glory. 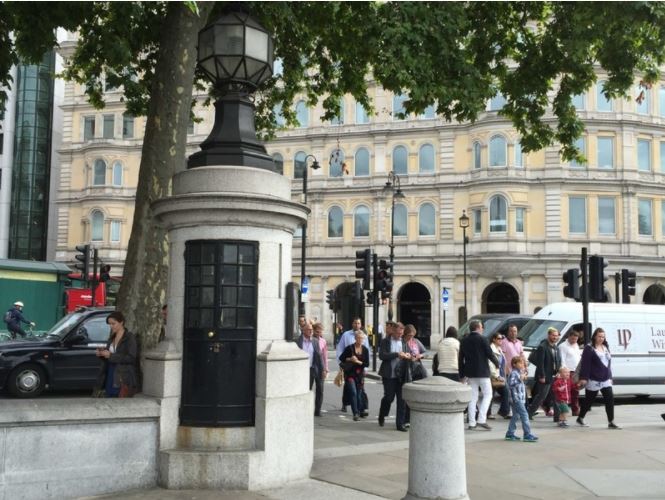 London’s smallest police station can be found tucked away in the southeast corner of Trafalgar Square. But you could be forgiven for missing it.

The Lilliputian Police Station was built in the 1930s to serve as a watch-post, an eye on Trafalgar Square, which is a magnet for London’s protesters, rioters, marchers, and pigeons.

Inside, there is only room for a single person. 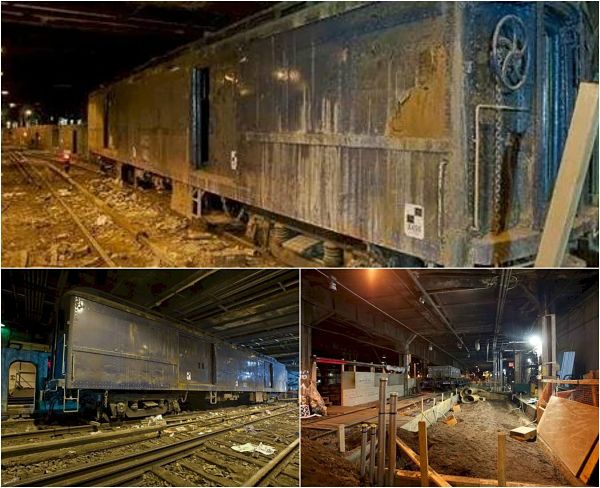 When the great Waldorf-Astoria hotel was first built, the guests arrived through the Grand Central Station. In 1929, they decide to construct a special station for high profile hotel guests in order to avoid the hustle and bustle of the main station.

It was opened in the year 1938 but by the 1960s, it was no longer in use. It currently remains unused and closed off to the public.

Another theory is that the purpose of this hidden track, known as track 61, was for Franklin D. Roosevelt's private use. It was suspected that he did this to hide the fact that he was suffering from polio. 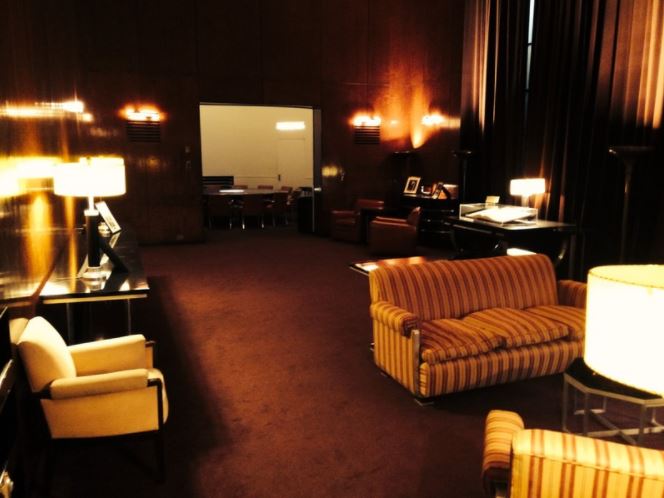 Since it opened in 1932, over 300 million visitors to the “show place of the nation” have marveled at the breathtaking elegance of Radio City Music Hall.

Legend goes that to show their appreciation for his talents, the architects of the great performance space decided to give a present to the theatre’s impresario, Samuel 'Roxy' Rothafel. High up inside Radio City, they built him an apartment, as lavishly detailed in the art deco style as the theatre downstairs.

After Roxy died in 1936, the apartment lay unused and forgotten, hidden away far above the audiences he used to entertain. No one lives there now, but it remains in pristine condition. 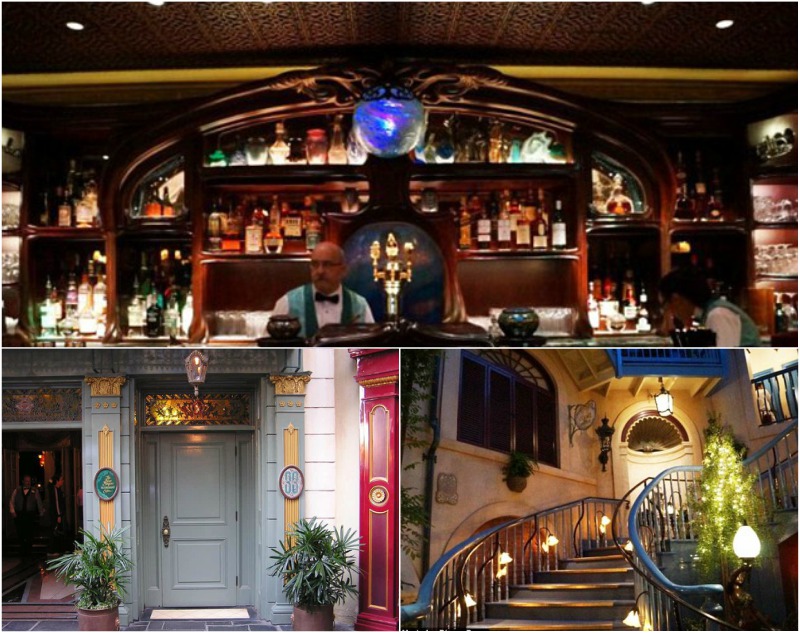 Even the makers of Disneyland understand that parents need some adult time after being surrounded by swarms of screaming little children. And that's exactly how the idea for the secret 'Club 33' came about.

Near the 'Pirates of the Caribbean' ride, you can find a nondescript door with just ‘33’ written on it and this is the location of the club.

Club 33 is an exclusive member’s only set of clubs that you can join for $10,000 plus an annual fee of $3,500. This is also the only place in the amusement park that serves alcohol. 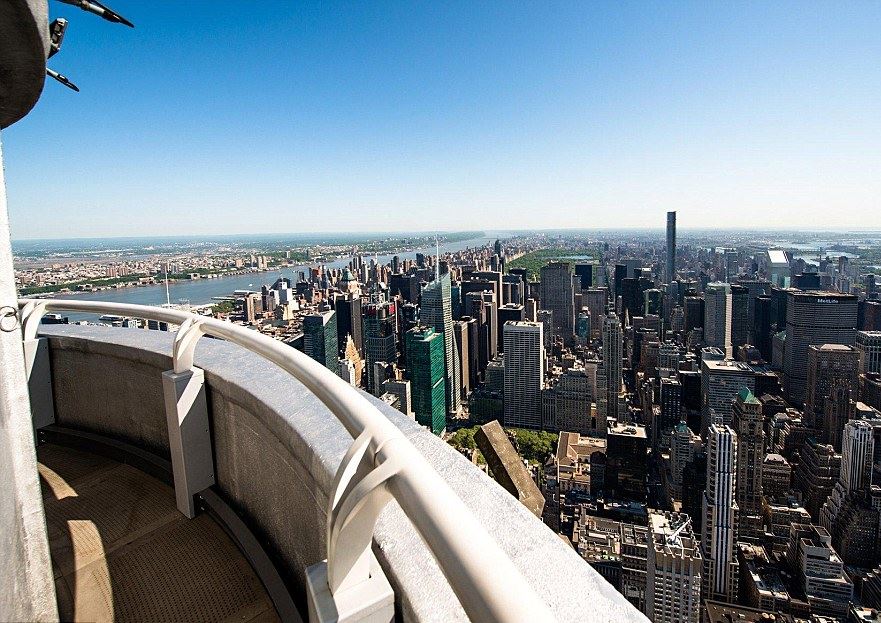 The Empire State Building is the fourth tallest building in the world with a height of 1,250 feet. To most people, it is a 102-story skyscraper located on the Fifth Avenue in Midtown, Manhattan, New York City.

However, there is an outdoor observatory on the 103rd floor with panoramic views of New York City.

Another interesting fact about this observatory is that it has no usual safety features of the lower observation stations and is exclusively reserved for celebrities and high paying observers. 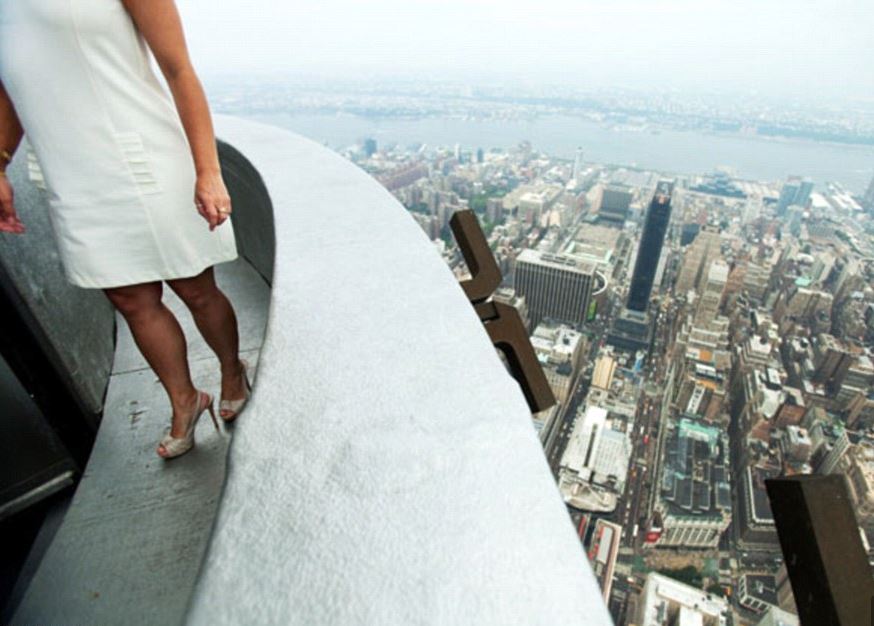 The only hint of the observatory can be seen on the second floor where a number of photos of various Hollywood stars are shown on the evasive deck.

So, the next time you see the pictures of your favourite celebrity on the 103rd floor of the Empire State Building, don’t get confused! 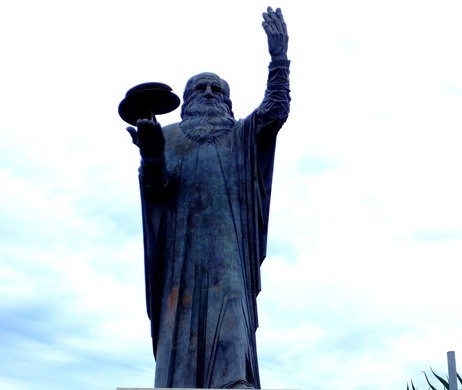 Unveiled on August 19, 1960, the giant statue of Leonardo da Vinci at Rome’s Fiumicino-Leonardo da Vinci Airport has greeted visitors ever since, but it was not until 2006 that a secret hidden inside the statue was discovered.

That year, the statue underwent renovation, and one of the workers made a strange discovery: a small hatch, located at a height of about 30 feet, approximately in the middle of the statue.

The hatch was carefully opened and inside were found two parchments, still in perfect condition. 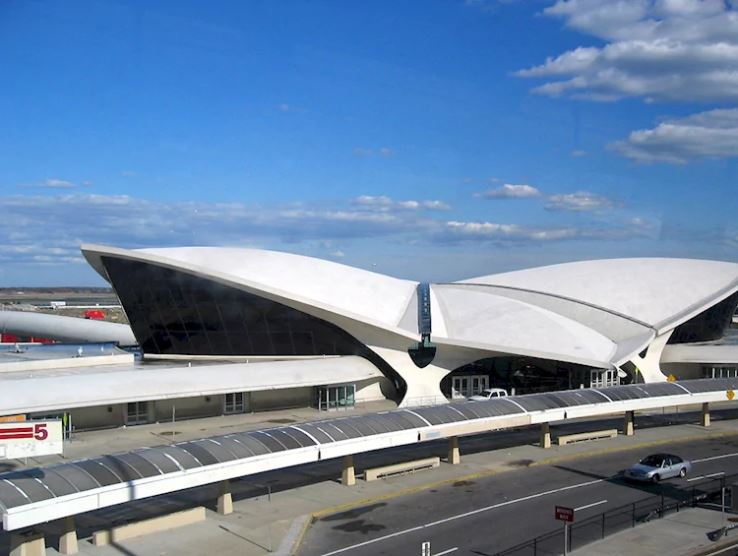 If you've ever been at the JFK Airport and peeked out the window while waiting for your flight, you may have spotted this abandoned terminal. It sits all alone, receiving no attention.

The terminal once belonged to the now defunct TWA (Trans World Airlines). Since 2001, the terminal has remained completely empty.