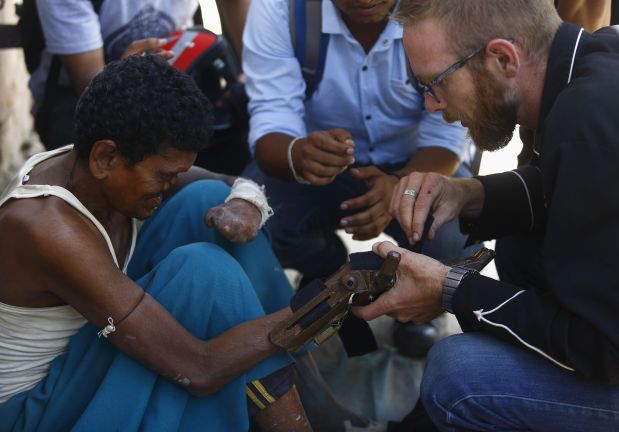 Kathmandu: Ram's new hand was manufactured on a 3D printer in Nepal's capital for just $30, an innovation that could be a game changer for many in the impoverished Himalayan country.

Once a farmer, Ram lost his hands and toes within a few years of contracting leprosy, forcing the father-of-three to turn to begging in a desperate bid to feed his family.

That's where he was spotted by US-born Matthew Rockwell, the founder of Disaster Hack, a non-profit technology startup that is making functional prosthetic hands for those who couldn't otherwise afford them.

Disaster Hack makes its money doing tech consulting and teaching people to code, while running altruistic ventures on the side like teaching Nepalis IT skills and manufacturing low-cost, basic prosthetics.

Rockwell - who flits between Nepal and the US, where he is part of the tech team behind the annual Burning Man festival in Nevada's Black Rock Desert - brought a 3D printer to Kathmandu after a powerful earthquake struck the country in 2015. 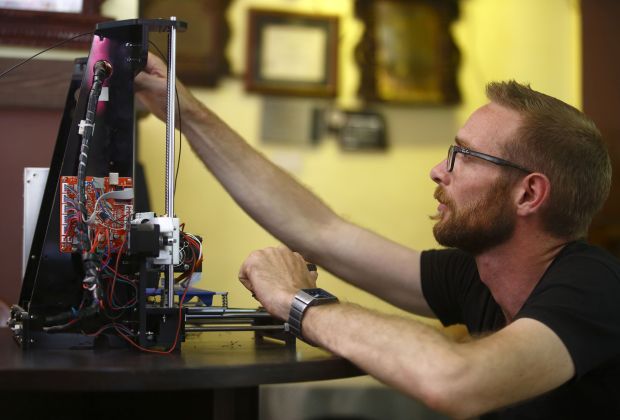 This photo taken on May 23, 2017 shows Disaster Hack founder Matthew Rockwell setting up a 3D printer in Kathmandu. (AFP Photo)

Soon, he began printing new hands for those in need: a girl who lost both limbs after being electrocuted by hanging power lines, a construction worker whose hand was crushed beyond repair.

"We've only distributed to five so far but we have a list that keeps on growing," said Rockwell, sitting in a cramped office in Kathmandu, the 3D printer whirling behind him.

Rockwell only has the capacity to make hands at the moment - a leg requires a more heavy-duty printer - but he has identified more than 7,000 people in Nepal who could benefit from Disaster Hack's creations.

"Now we're able to produce prostheses for right around $30 so it (3D printing) lowers the cost dramatically for a functional prosthesis." 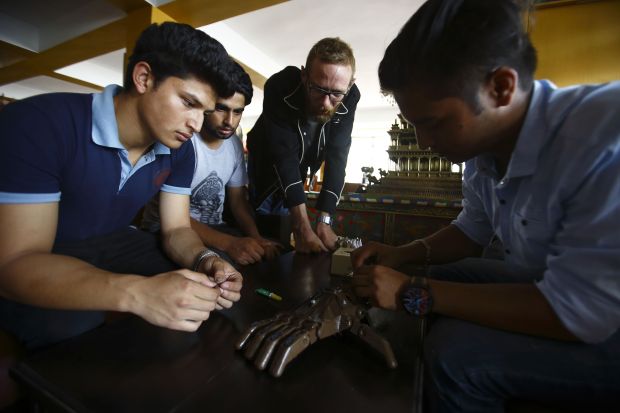 Rockwell hopes to bring down the cost even further by recycling plastic bottle tops to make the wire that feeds the printer.

Nepal's healthcare sector is chronically underfunded and ill-equipped but 3D printing can reduce both the cost and time it takes to bring medical equipment to those who need it most.

The 3D printed hands being manufactured by Disaster Hack take nearly a full day to print, and are comprised of roughly 20 different parts.

Rockwell hopes the mostly volunteer-run project will sow the seeds for something bigger. 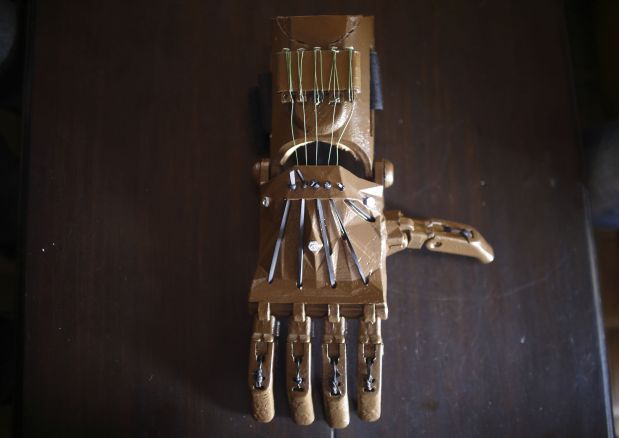 This photo taken on July 14, 2017 shows a 3D printed prosthetic hand after being prepared by the Disaster Hack company in Kathmandu. (AFP Photo)

He has now trained 20 prosthetists at hospitals in Nepal in 3D printing, and signed a deal with Kathmandu's largest university to set up the country's first biomedical 3D printing lab.

Meanwhile for Ram, a new hand could mean a chance to give up begging.

He lifted the new prosthetic hand, and as he slowly contracted the plastic fingers to make a fist, a smile spread across his face. 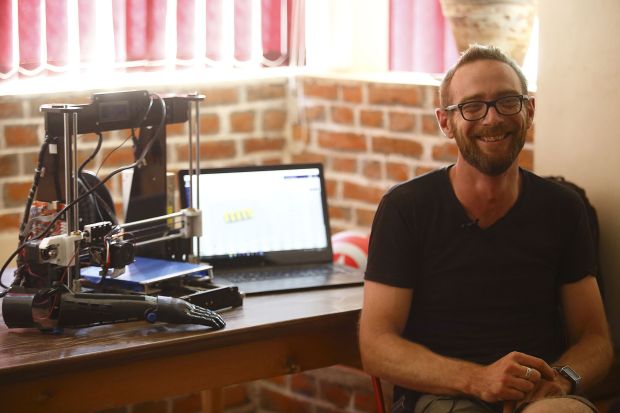 This photo taken on May 23, 2017 shows Disaster Hack founder Matthew Rockwell during an interview with AFP in Kathmandu. (AFP Photo)