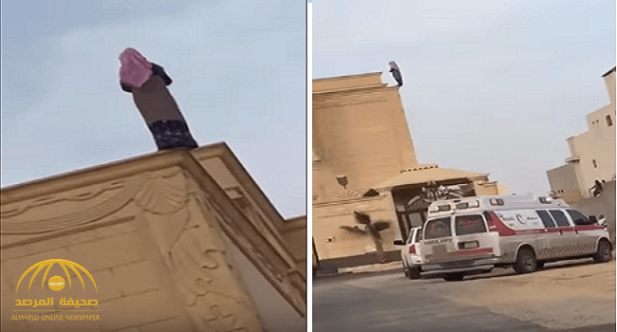 Al Qasim – A housemaid who was about to commit suicide was rescued in the city of Buraida in the province of Al-Qasim.

A video recording posted online showed the African woman standing at the edge of her employer’s building rooftop and threatening to leap to her death.

The police rushed to the scene of the incident and persuaded her not to commit suicide.