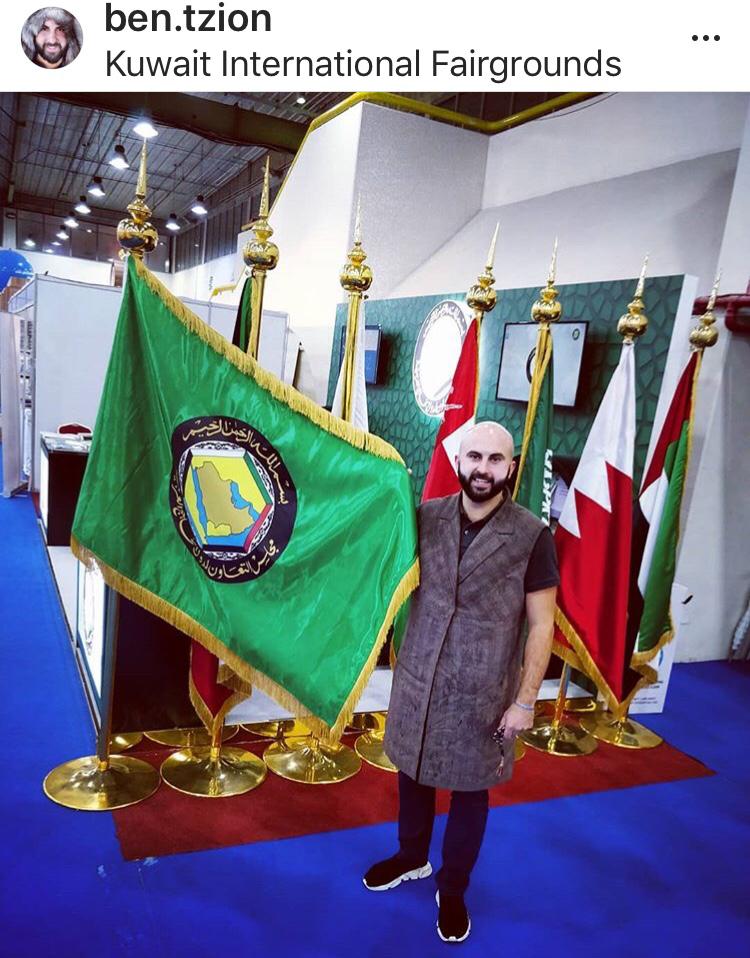 Kuwait City: The Interior Ministry has deported Israeli blogger Ben Tzion from its territories, 48 hours after he arrived in Kuwait using a US passport, Al Qabas reported.

The blogger was visiting the 2018 edition of the Kuwait International Bookfair, which celebrates “Al-Quds as eternal capital of Palestine”.

He took to his Instagram to post a picture of himself along with the flags of the Gulf Cooperation Council (GCC) member states.

He has the habit of entering Arab countries, using passports other than his Israeli one.

Commenting on the photo on his Instagram account, he said “The Israeli flag is missing”. He introduced himself as an Israeli citizen when he was interviewed by journalist Ahmed Zakaria.

He claimed that he had arrived in Kuwait to visit the book fair and buy children’s stories.