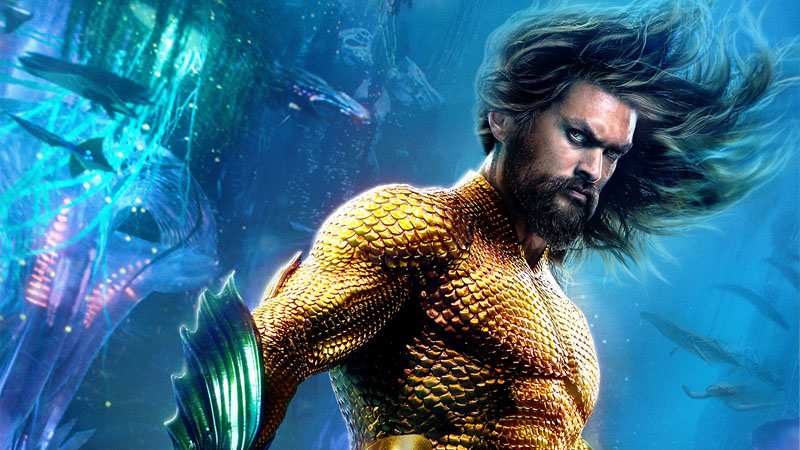 Aquaman provides a timely life raft for the DC Universe film production line, which had shown signs of sinking.

Wonder Woman had done an admiral job of propping up its reputation, but she clearly needed help.

The likes of Batman and Superman are now taking a back seat as DC promotes its other comic superheroes on the big screen – with a view to its Justice League concept challenging Marvel’s Avengers at the box office.

And if Aquaman is anything to go by, DC fans have a reason to be optimistic.

It’s full of fast-paced entertainment from the outset.

I got a sense there was no break for scriptwriting or directing, this film just hurtles forward like an Atlantean-human hybrid at a swimming gala.

However, a lot of effort went into making this film work.

It is full of beautiful visuals and oceanic spectacular, while the underwater world of Atlantis is a wonderfully-realised fantasy dominion that gives the film genuine depth (pun intended).

The film takes viewers on a journey to some spectacular locations above the water as well, from stunning action sequences in Sicily to daredevil desert adventures in the Sahara.

The story opens with Aquaman’s mother Queen Atlana (Nicole Kidman) fleeing an arranged marriage and falling in love with his father, a lighthouse keeper.

She gives birth to Arthur, who grows up with superhero abilities and an unerring ability to get himself into trouble.

However, when the civilisations of the deep decide to go to war with mankind on the surface there is only one half-man, half-Atlantean who can intervene.

The story is far-fetched, but the overriding message is serious: It’s time we started to respect our planet’s oceans and environment before it’s too late.

It is mankind’s disregard for marine life that ignites the clash and despite the film’s unlikely premise, it makes a salient point that will go down well with environmentalists.

There is a strong cast as well. Amber Heard, who plays Princess Mera, provides an able accomplice for Aquaman.

Dolph Lundgren’s return to the big screen as an Atlantean king is welcome, while Willem Dafoe is as reliable as ever in the role of Aquaman’s old mentor.

The film would have benefited from an appearance by other superheroes from the DC Universe, although the chances are that is something for the future.

And just a final note for viewers – remember to watch until after the film credits have finished for a twist in the tale.