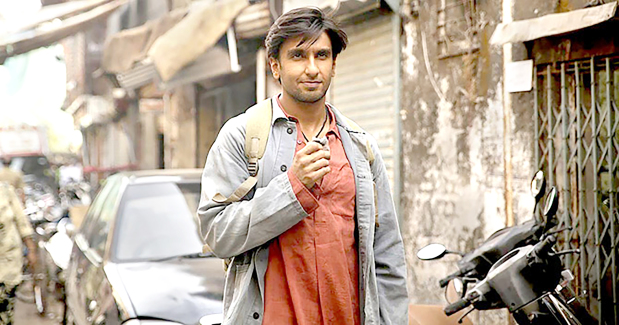 Ranveer Singh in the film

A FLAWLESS production, Gully Boy explores the story of a 22-year-old’s journey from realising his love for rap and chasing his dream to inadvertently transcending his class.

It could also compete for Best Picture with its beautiful, precise and expressive storyline while also showcasing a new edgy side of Bollywood that is capable of producing something genuine, innovative and wondrous.

Bollywood star Ranveer Singh plays Murad Ahmed, a university student who lives in the Dharavi slums of Mumbai, where he nurtures a fascination for rap music.

His long-time girlfriend Safeena (played by Alia Bhatt) is training to be a surgeon and routinely meets him in secret.

Forced to work part-time as a chauffeur after his abusive father Aftab (played by Vijay Raaz) is injured, Murad continues to write about the inequalities he observes while on the job.

Every character in the movie, which was co-written, directed and produced by Zoya Akhtar, battles to achieve their dreams while the two pivotal characters that do not are steeped in their own bitterness and anger.

On screen, Ranveer Singh is able to embody his character’s innocence, happiness, grief, discomfort and disappointment with ease while also showcasing a pumped up energy only he can muster in his raps with help from local rapper Shrikant (played by Siddhant Chaturvedi).

Also, the film’s main song Apna Time Aayega (Our Time Will Come) has been viewed by 88 million people on Youtube.