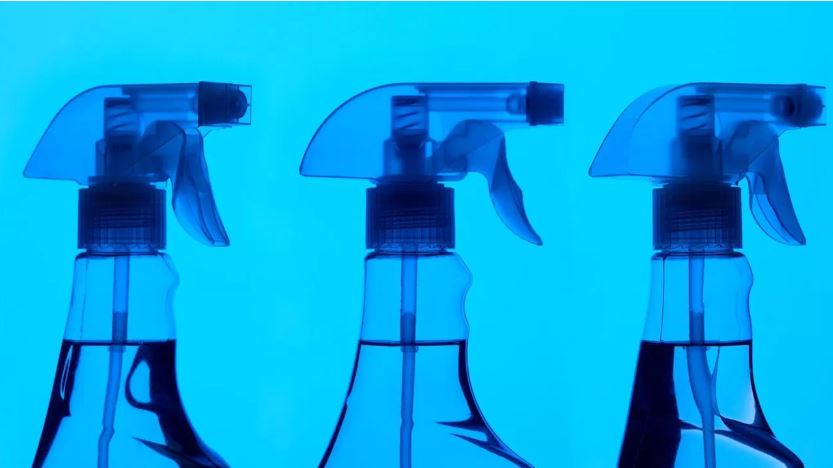 Researchers say the chemicals in household cleaning products can damage your lungs as much as smoking cigarettes.

Living in a clean house may be good for your health, but actually cleaning your home to get it to that condition may be bad for you.

According to new research published in the American Thoracic Society’s American Journal of Respiratory and Critical Care Medicine, women showed greater declines in lung function if they’ve worked as cleaners or use certain products — notably cleaning sprays — over time.

Scientists at the University of Bergen in Norway analyzed data from 6,235 participants in the European Community Respiratory Health Survey. The participants, whose average age was 34 when they enrolled, were followed for more than 20 years.

Lead study author Øistein Svanes is a doctoral student at the Department of Clinical Science at the University of Bergen. He’s also a specialist in pulmonary medicine and a consultant at Haukeland University Hospital.

“The take-home message of this study is that in the long run, cleaning chemicals very likely cause rather substantial damage to your lungs,” Svanes said. “These chemicals are usually unnecessary. Microfiber cloths and water are more than enough for most purposes.”

“We have put in a tremendous effort to collect the data over these past two decades and I have gotten the opportunity to look at and analyze some of the accumulated data,” Svanes told Healthline.

Chemicals not intended for your lungs

The level of lung impairment was surprising at first, said Svanes.

“However, when you think of inhaling small particles from cleaning agents that are meant for cleaning the floor and not your lungs, maybe it is not so surprising after all,” he said.

The authors speculate that the decline in lung function is attributable to the irritation that most cleaning chemicals cause on the mucous membranes lining the airways.

Over time, that results in persistent changes in the airways and airway remodelling.

The study found that “while the short-term effects of cleaning chemicals on asthma are becoming increasingly well documented, we lack knowledge of the long-term impact,” said Dr. Cecilie Svanes, a professor at the university’s Centre for International Health and a senior study author. “We feared that such chemicals, by steadily causing a little damage to the airways day after day, year after year, might accelerate the rate of lung function decline that occurs with age.”

The researchers released a number of statistics comparing women who clean against women who don’t do housecleaning.

The researchers added that the accelerated lung function decline in the women working as cleaners was comparable to smoking somewhat less than the equivalent of 20 pack-years.

It’s been well established that constant exposure to cleaning products is linked to higher asthma rates. The Norwegian study extends that finding to long-term exposure and a diagnosis of COPD.

According to Dr. Harold S. Nelson, an allergist and immunologist at National Jewish Health, the difference with this study is “the loss of pulmonary function. In that sense, it’s new.”

Nelson also told Healthline that the study found no difference between spray cleaners and other products.

“We need to be careful,” he said. “With spray products, you are breathing in the aerosol like a sponge.”

It wouldn’t hurt to wear a mask when cleaning, he added.

“Using spray cleaners is a matter of convenience,” Nelson said.

Maybe Grandma had the right idea with vinegar and water.